Dis/Storying the Growing huMan: Whose growth and WHO's story

You are invited to (re)think taken for granted understandings of ‘stories’, ‘growth’ and the ‘huMan, in this provocation by Antonios Ktenidis, doctoral researcher in the School of Education at the University of Sheffield.

Following Thomas King’s (2003) approach to storytelling and engaging with Deleuze’s and Guattari’s philosophy (1987), two stories of growth will be shared, an ‘arborescent’ and a ‘rhizomatic’ one. The former reviews the World Health Organisation’s (WHO’s) growth standards and references while the latter is a literary story, ‘The horizontal height’, translated in English from Greek.

By ‘growth’ Antonios refers to physical growth which is defined as ‘changes in size or mass’ (however other forms of growth, for example economic growth, are also taken into consideration, especially in relation to physical growth. Then, the epistemological and ontological assumptions about the growing huMan in both stories will be discussed through a posthumanist (Braidotti, 2013) perspective.

Finally, the colonial developmental logic underlying all three concepts (story, growth, huMan) and the biopolitical purposes they serve will be elucidated and then challenged through the rhizomatic story.

Antonios’ thesis focuses on the stories of young people (11-30 years old) with ‘Restricted Growth’ of their secondary education in the United Kingdom. In particular, it looks into the colonial biopolitics of growth and the biopedagogies of heightism in the context of schooling as well as engaging with a critical narrative inquiry approach, which deconstructs and transcends the Western, individualistic narrativization of experience by conceiving storytelling as a communal, collective praxis. 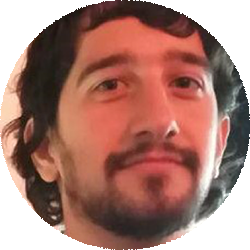