Our research addresses local and global challenges in education, and our Thought Leaders seek to make a difference to society and culture by engaging with today’s big questions and conducting research that impacts educational theory, policy, teacher practice and student learning.

School principals are pivotal to the effective management of schools, a crucial role in society. They promote and build the capability of staff and students through support, guidance, direction and vision, in a maelstrom of societal expectations, ideological conflicts, micro- and macro-political pressures, and on-going funding uncertainties. And, far too often at great personal cost.

In this presentation, Professor Phil Riley presents an overview of nine years of principal health and wellbeing research, across four countries, with over 10,000 leaders participating. Many principals report having a significant moral purpose which sustains them. Yet, it is clear that the most pressing issue facing school leaders is moral stress, triggered by accountability demands. The “sheer quantity of work” and “lack of time to focus on teaching and learning” have consistently been reported as the two key stressors. Worse still, this has been steadily increasing for nearly a decade. Moral stress is quite demotivating.

The presentation concludes with some recent positive responses to these research findings, addressing some aspects of moral stress and some exciting possibilities to harness and accelerate these changes into the future.

Phil Riley is Professor of Education Leadership in the Centre for Research in Educational Impact (REDI), Deakin University's strategic research centre in Education. A former school principal, Phil spent 16 years working in schools before moving to the tertiary sector, where he researches the overlapping space of psychology, education and leadership.

Phil has been awarded $8 million+ in research funding including three prestigious Australian Research Council (ARC) Grants. In 2010 Phil’s research was recognised with an inaugural Monash University Researcher Accelerator award, which funded the first two years of The Australian Principal Health and Wellbeing Survey, the first independent research project into school principals’ occupational health and wellbeing. In 2011 Phil won the Dean’s award for Excellence by an Early Career Researcher, and the award for Excellence in Innovation and External Collaboration at Monash University. In 2015, Phil won the International Study Association of Teachers and Teaching (ISATT) Award for Most Outstanding Article of 2014. Phil was awarded the Australian Council for Educational Leadership (ACEL) Researcher of the Year Award in 2017.

Phil has produced over 200 publications and has presented over 100 invited Keynote addresses to industry groups in all states and territories of Australia. Phil regularly provides advice on school leadership to every department of education in Australia, New Zealand and Ireland, including the federal government via the Australian Institute of Teaching and School Leadership (AITSL) Leadership Roundtable. Phil also provides regular advice to the International Confederation of Principals’ Executive. 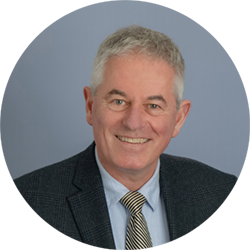 Register today to secure your spot.