World Access to Higher Education Day (WAHED) takes place on 26 November and Deakin University is proudly contributing to the conversation and supporting the global efforts to share and understand the challenges and commitments towards global, national and local issues of access. WAHED provides a platform to raise global awareness around inequalities in access and success in higher education, and act as a catalyst for international, regional and local action.

Why is it important?

Building social justice through access to higher education is a common value for many universities around the world. The United Nations Educational, Scientific and Cultural Organisation (UNESCO), have recognised the importance of access to higher education by making equal access to education, including university, one of its Global Goals for 2030 through Sustainable Development Goal 4. Deakin’s framework to achieving sustainable development, which includes equity in access is described in its 2030 Challenge. Deakin’s founding Act embeds an aspiration to become a progressive university, committed to equitable opportunities and inclusion.

This year’s theme is Advocating for Equity, and we invite you to join us as we will be holding a panel discussion with staff and students to contribute to the wider conversation, and hear from powerful student voices on the topic. Students will share their stories reflecting their personal challenges accessing higher education and their subsequent success in participation. Collectively, participants will engage in the key questions for Deakin about action to reduce inequality and widening participation in higher education.

Matt joined Deakin this year as Director, Academic Governance and Standards. Matt is a researcher and provides leadership on academic governance, ensuring a collaborative, whole-of-institution and evidence-based approach to academic policy and decision making. Matt also has a passion for student equity. In 2017 he was a 2017 NCSEHE Equity Fellow through Curtin University and remain an adjunct fellow of the NCSEHE.

Mel's career achievements to date are a culmination of her extensive experience and knowledge in the higher education, human services and community sectors. As Executive Director of Deakin’s Diversity and Inclusion unit, she manages one of the University Enterprise Portfolio’s most strategic units. Previous to her appointment as Director in February 2016, she managed the Student Access and Equity team, having started with Deakin 18 months prior as a HEPP Project Officer. As an equity practitioner with 20 years’ experience, she has improved outcomes for families, communities, as well as Deakin’s growing community of around 4,500 staff and 60,000 students. She is a champion of diversity and inclusion, focusing on enabling success for students and staff of all backgrounds, cultures, abilities and genders.

Dr. Karen Dunwoodie is currently a Research Fellow at the Deakin University, Centre for Refugee, Employment, Advocacy, Training and Education (CREATE), Australia. Her research interests include progressing the field of refugee resettlement, principally focusing on career development and the impact access to tertiary education may have on the lives of refugees and people seeking asylum. Karen is currently working on a number of externally funded research projects, including career development and employment pathways for students from a refugee background transitioning out of higher education as well as designing, developing and presenting Careers Clinics for the refugee community across metropolitan and regional Victoria.

Senior lecturer in Indigenous Knowledges at the Institute of Koorie Education

Dr Tyson Yunkaporta is also an arts critic, and a researcher who belongs to the Apalech Clan in far north Queensland. He carves traditional tools and weapons and his book Sand Talk, published earlier this year, looks at global systems from an Indigenous perspective. It’s about how lines and symbols and shapes can help us make sense of the world. It’s about talking to everybody and listening carefully. It’s about finding different ways to look at things.

Lecturer in the Faculty of Arts and Education

Juliet is a VCAL, EAL and TAFE trained teacher with experience in a diverse range of settings including public high schools in country Victoria, a Neighbourhood House and an English language college for international students. She has been an Associate Degree lecturer at Deakin since 2016, when she also began her PhD. Juliet’s topic is ‘Associate degree students’ experience of assessment’.  Her research interests include the design of inclusive curriculum and assessment, and improving the first year student experience in foundational units.

Re-engaging with education via pathways

Finishing high school felt like an accomplishment that was out of her reach, and due to issues surrounding mental health, Erica chose not to complete VCE. After a number of years, she decided that she needed more out of life, and the best way for her to achieve that, was through university. Due to not completing VCE or any relevant qualification, this proved to be challenging. It took a lot of research for Erica to find a university with a program who would be willing to take on someone in her position: someone who ‘dropped out’ of high school, and was considered mature-aged. This is when she found Deakin University.

Deakin’s pathway of an associate degree in arts was designed for individuals who have either low-entry scores, or qualify as a mature age student. She commenced the associate degree at the start of 2017. This degree provided her an opportunity to expand her future, however she was in the position of being in a higher education institution, and never having written an essay before, let alone understanding how to structure one. This, coupled with her age, increasingly made her feel that she was out of her depth, and was not prepared for this journey. It was during this time that Erica was introduced to the Deakin Start program, which was being run through the Dandenong Learning Centre. The Deakin Start program was a free, three-day-a-week, four-week university preparation course. This program tackled everything from expectations of students, essay writing, referencing, and appropriate language. It was this program which provided her with invaluable knowledge and insight that would steer her in the right direction over the following years.

Erica credits this program for all she accomplished during her first year in university. Commencing university via the associate degree pathway provided her a softer transition, and gave her access to even more assistance and support. Erica believes that because of the support she was given, she will be completing her degree in criminology in early 2020, a path she once did not know existed. Once completed, she will be aiming to enter the workforce in crime prevention, specifically aimed towards young people, however she believes her passion for knowledge will not let this be the end of her student career. She credits her success to both the Deakin Start program, and the associate degree pathway, and believes that if it wasn’t for these opportunities, she would never have realised what she is capable of. Through this support, she was given the opportunity to accomplish achievements she would never have otherwise attempted.

Tegan is a second year health Sciences student, with a double major in Psychology and Environmental Health. She has been at Deakin for 5 years, having partially completed a Bachelor of Biomedical Science prior to her current course, and like many students, having a change of heart.

Tegan has been the Education Officer (2018) and Vice President (2019) of the Deakin University Student Association (DUSA), and next year will go on to be the Accessibility and Services Representative for the Geelong Campus.

Tegan has lived experience of what it’s like to study with a disability/chronic medical condition, living with a range of both physical and mental health conditions. She aims to bring awareness to the voices of students, who often don’t have a voice, through her work in student representation and governance across the University. Tegan approaches her work with the understanding that many students (herself included) don’t always feel supported and welcomed in academic spaces and we must always be doing more to support these students, and most importantly, make their voices heard.

Allias started his Bachelor of Commerce at Deakin in 2017. He calls 2017 year ‘the year where his new future began’. Allias named it his 'new future’, because the future that was ahead of him prior to receiving his Sanctuary Scholarship was not the future he was hoping to step into. Studying at Deakin helped Allias to be aware of who he is, where he wanted to be, and allowed him to be happy.

Studying Commerce has been an incredible journey for Allias. He soon discovered that despite what many people think, studying finance is not just about numbers, but learning about the economy and society, and understanding how to make the economic landscape better for everyone. Throughout his study journey, he developed an understanding that education is a key element to building a strong economy.

Kerryn completed her secondary education in a low-SES area in Ballarat.

She went straight from school to starting a Bachelor of Occupational Therapy, moving to Geelong and living in student accommodation. She completed placements in various areas of practice, including a hospital in Manipal, India, with their paediatric services. She has completed her degree with distinction, and will be going onto graduate employment in 2020.

Register today to secure your spot. 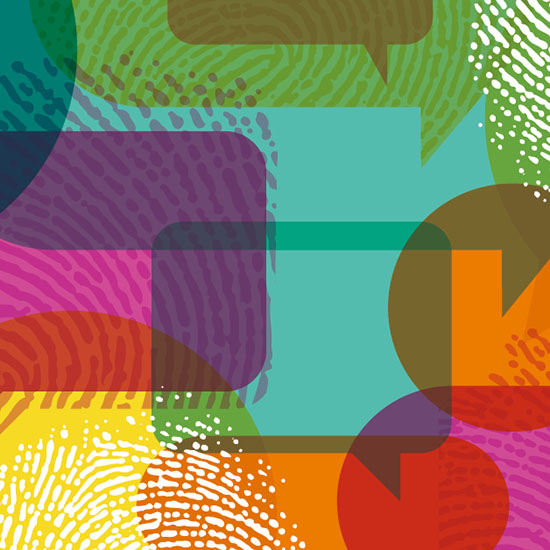