Australia's price conscious online shoppers and e-commerce operators are starting to see some light amid the economic gloom of a recession, according to a Deakin Business School microeconomics expert.

Associate Professor Ching-Jen Sun, an economist from the School's Department of Economics, says state and territory lockdowns and border closures are already accelerating our transition from bricks-and-mortar retail to online shopping.

Analysing the latest AusPost 2020 eCommerce Report from May, and the latest NAB Online Retail Sales Index from August, he pointed to silver linings for Australia's e-commerce players who can seize opportunities to be more efficient while the human faces behind the national economy stare down their greatest test since the 2008 global financial crisis.

"Some of the best-known companies started during a recession, including market disruption giants Airbnb and Uber. New business models will emerge in the dynamic Australian and international e-commerce sector," Assoc Professor Sun said.

"Before the pandemic, online retail accounted for around 10 per cent of total retail sales in Australia, and it was thought that percentage of sales would gradually increase to 12 per cent by 2021.

"Due to the pandemic, we already reached 12 per cent in March this year. Online retail spend grew by 95 per cent year-on-year (YOY) in April, with more than 5.2 million households shopped online during the month. AusPost projected that percentage of online retail sales will increase to 15 per cent by the end of 2020. This will bring Australia much closer to other major economies such as the UK, where online retail accounts for more than 22 per cent of total sales.

"The latest NAB Online Retail Sales Index tells us that biggest rise in e-commerce purchases by Australians has been for Games and Toys which grew 79 per cent, followed by Takeaway Food and Grocery which grew 71 per cent, and Liquor sales which rose 63 per cent."

Citing the same index, Assoc Prof Sun said the YOY growth in online retail sales in June 2020 varies across the states, with Victoria shoppers leading the pack at 59 per cent, followed by Tasmanians at 54 per cent, and NSW residents at 50 per cent.

Assoc Prof Sun said the sector's rise in Victoria and the rest of Australia was leading to lower production costs and lower prices: "Consumers, merchants, workers and online platform providers will all benefit from the rapidly expanding e-commerce sector. This increase will lead to lower production costs and lower prices due to economies of scale. The takeaway food sector is an example where we've already seen some positive changes, as the huge surge in takeaway demand and pressure from restaurant owners has prompted delivery companies to provide incentives and lower commission fees to attract consumers and restaurants to use their platforms."

"In particular, major players such as Australian-based Kogan, Coles and Woolworths, along with the US' Amazon, will be doing more shipping in-house, and actively seek potential acquisition opportunities as they strive to tighten the control of the supply chain, avoid coordination issues that may disrupt or delay production, and response swiftly to changes in demand." 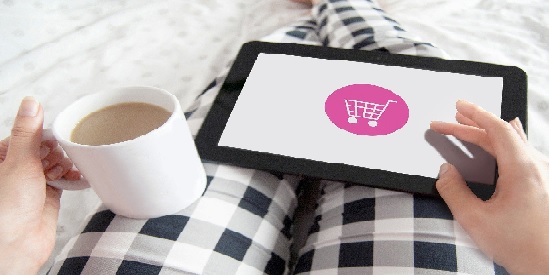