Bangladesh is "sinking into the lap of tyranny" in the fallout from the country's recent elections, according to a Deakin legal expert.

The South Asian country, with a population of more than 165 million people, held general elections on 30 December 2018, leading to a landslide victory for the incumbent Bangladesh Awami League party (BAL).

Deakin Law School's Dr M. Ehteshamul (Tanim) Bari, who has written extensively on Asian and Constitutional law, said the results of the Bangladeshi elections were yet another cause for alarm in a country that had become a one-party dictatorship.

"Although the opposition political parties remained steadfast in their demand for a free and fair general election under the supervision of a neutral caretaker government, they couldn't organise any popular movement due to the BAL regime's violent crackdown on their leaders," Dr Bari said.

"The ruling party resorted to widespread electoral malpractices such as stamping and stuffing of ballot papers in ballot boxes with the aid of presiding officers, robbing Bangladeshis' votes of meaning and depriving them for the second time in five years of the opportunity to elect a government truly reflective of their will."

Dr Bari said the BAL-led alliance won 288 of the 300 parliamentary seats, and had followed up the questionable electoral victory with a brutal crackdown on dissenters.

"Following the election, the BAL has concentrated its efforts on violently putting down those who exposed the electoral irregularities and those who voted for the opposition," he said.

"Journalists who reported on the voting irregularities have been arrested under the draconian Digital Security Act of 2018, and just a day after the election a mother-of-four alleged she was raped by a group of men – including a local BAL leader – because she voted for the opposition Bangladesh Nationalist Party in the 30 December poll."

Dr Bari said the BAL's consolidation of power stemmed from its 2011 repeal of the country's system of non-party caretaker government (NPCG) in the lead-up to elections.

"During the period between the dissolution of parliament and the election of a new parliament, it's a common feature of almost every parliamentary democracy for the incumbent government to perform the routine functions of government in a caretaker capacity," he said.

"For example, caretaker governments avoid engaging their officers in activities concerning the general election and abstain from using governmental resources in the election campaign.

"Since it was introduced in 1996, the system of NPCG in Bangladesh had been successful in guaranteeing the free expression of the will of the people, supervising three credible general elections in 1996, 2001, and 2008.

"The omission of the caretaker system from the Constitution by the BAL in 2011 has ultimately facilitated Bangladesh's lapse into a one-party dictatorship."

Dr Bari said the BAL's removal of the caretaker system first enabled the party to sway the general election in January 2014, which was boycotted by the opposition political parties.

"That controversial 2014 election didn't bestow any sense of legitimacy on the government of BAL in the eyes of the citizens of Bangladesh," he said.

"It led the regime to resort to a number of tyrannical measures to maintain its iron grip on power, such as extrajudicial killing, enforced disappearance, undermining the independence of the superior judiciary, arresting scores of opposition political leaders and resorting to draconian digital security laws to stifle dissent.

"And now, for the second time in five years, the BAL has again used the broken electoral system to entrench its authoritarian rule in Bangladesh."

Dr Bari said "meaningful reforms" were needed to steer Bangladesh back onto the path of democracy.

"Meaningful reforms need to be incorporated into the Constitution aimed at ensuring the revival of participatory democracy in Bangladesh," he said.

"At this stage only meaningful changes could properly facilitate the exercise of people's right to vote in a free and fair general election and prevent the nation from further sinking into the lap of tyranny." 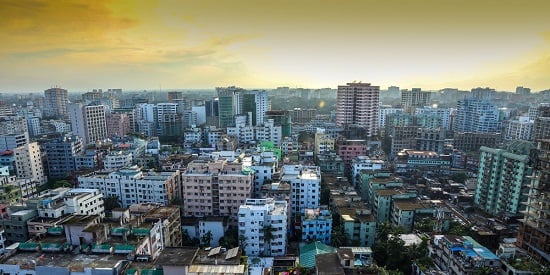 Deakin is set to become the first university in Australia to embed the internationally-recognised Chartered Manager designation into their MBA and MBA (Healthcare Management) programs thanks to a Pathway Partnership with the Institute of Managers and Leaders Australia and New Zealand.