A world-first study led by Deakin University has pinpointed the potential cause of a relatively common but largely unknown debilitating neurological disorder that shares similarities with Parkinson's disease.

Lead researcher Dr Daniel Corp, a lecturer in Deakin's School of Psychology, said the discovery of the parts of the brain that may cause cervical dystonia, an incurable movement disorder, could pave the way for a non-invasive, targeted treatment for the condition.

Dystonia is a neurological disorder where parts of the brain misfire, causing uncontrollable and painful muscle contractions. It is the third most common movement disorder behind essential tremor and Parkinson's disease.

Dr Corp's new study, a collaboration with leading Harvard University neurologists, examined cases where brain damage had caused cervical dystonia, a type of dystonia that affects the neck. The researchers then showed that all of these damaged regions were part of a pathway connecting to two focal brain regions.

"The main barrier to finding targeted treatments is finding which parts of the brain are affected. It's hard to localise, because the brain is so complicated, with everything inter-connected," Dr Corp said.

"But by using this novel neuroimaging technique, we found the brain lesions causing cervical dystonia are connected to two specific locations in the brain, the cerebellum, and the sensory cortex.

"Critically, the sensory cortex is on the surface of the brain and that means we can target this area without the need for risky surgery."

Dr Corp said they was currently no cure for dystonia, and there weren't many treatments available to help manage its effects.

"The most commonly used therapy is Botox, which helps calm overactive neck muscles, but this only treats the symptoms, rather than the cause of the disorder, so it's only ever a short-term fix.

"Deep brain stimulation is a surgical option where electrodes are inserted into the brain to stimulate deeper brain regions that help alleviate symptoms.

"However surgery is invasive and can be risky. Now that we have identified two specific brain regions that we believe are firing abnormally, we can begin trials to target these regions through methods such as non-invasive brain stimulation, which we hope will alleviate dystonia symptoms."

While the neck is the body part most commonly affected by dystonia, Dr Corp said the insights from his latest research should hopefully translate to other variations of the disorder, which affects an estimated 5000 Australians. He is also working to adapt the method to other neurological diseases such as Parkinson's disease and essential tremor.

Dr Corp is now trialling a program of transcranial magnetic stimulation (TMS) with collaborators in Finland, targeting the sensory cortex in people with cervical dystonia.

The method is already used successfully for treatment of serious depression, but Dr Corp said it is yet to be used in other diseases because not enough has been known about the specific areas to target.

"Finding where in the brain the disorder arises from is obviously really important because if you target the wrong areas then not much benefit will occur.

"So now that we think our study has effectively found the right spots, we believe that future trials stimulating these regions could have therapeutic benefit."

The paper 'Network localization of cervical dystonia based on causal brain lesions' was published in a recent edition of the prestigious medical journal Brain. 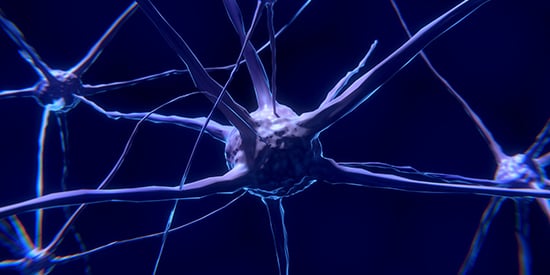