Carrying extra weight could be healthier for older people

Media release
25 March 2014
Older people with a BMI (body mass index) in the overweight range live longer, according to the results of a new study

Older people with a BMI (body mass index) in the overweight range live longer, according to the results of a new study.

Deakin University's professor of nutrition and ageing, Caryl Nowson, led a research team that looked at the relationship between BMI and risk of death in people aged 65 years and older. They found that the lowest risk of death was among those with a BMI of around 27.5, which is considered overweight according to the World Health Organisation (WHO) guidelines; and mortality was significantly increased in those with a BMI between 22 and 23, which is in the normal weight range. The results of the study, published in the April issue of The American Journal of Clinical Nutrition, suggest that current BMI recommendations may not be suitable for older adults.

"It is time to reassess the healthy weight guidelines for older people," Professor Nowson said.

"Our results showed that those over the age of 65 with a BMI of between 23 and 33 lived longer, indicating that the ideal body weight for older people is significantly higher than the recommended 18.5—25 'normal' healthy weight range."

For this project the research team reviewed studies published between 1990 and 2013 that reported on BMI and risk of death in people aged 65 years and over, collectively these studies followed around 200,000 people over an average of 12 years.

The results showed the following connection between BMI and risk of death:

Professor Nowson suggests that most older people need to get off the weight loss bandwagon.

"These findings indicate that, by current standards, being overweight is not associated with an increased risk of dying," Professor Nowson said.

"Rather it is those sitting at the lower end of the normal range that need to be monitored, as older people with BMIs less than 23 are at increased risk of dying."

Advice on ideal body weight should take into account factors other than BMI, Professor Nowson said.

"Factors such as chronic diseases and the ability to move around need to be considered as there is no real issue with being in the overweight range unless it is preventing people from moving around freely," she said.

"Rather than focussing on weight loss, older people should put their efforts into having a balanced diet, eating when hungry and keeping active.

"Putting too much emphasis on dietary restrictions also increases the risk malnutrition in this age group. Malnutrition in older people is not well recognised as this can occur even when BMI is in the overweight range." 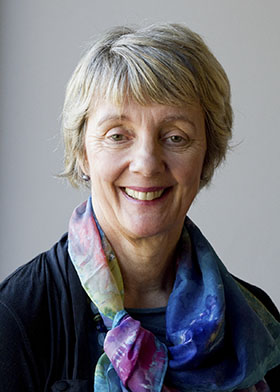