Deakin School of Psychology senior research fellow Dr Bosco Rowland said the results - which also included increases in wellbeing and a drop in anti-social behaviour - show that problems such as substance abuse and crime can be prevented through coordinated community action.

"States such as Victoria are looking for solutions to the increasing trend for youth incarceration and death from illicit drug use, which is causing needless suffering and costing billions of dollars each year," Dr Rowland said.

"Our findings clearly show we can reverse these problems by investing in evidence-based prevention programs that assist families, schools and communities in supporting children and young people to thrive.

"Getting serious on crime is not about building new prisons, but building communities that prevent crime from being committed in the first place."

The Communities That Care model was originally developed in the US to guide community coalitions to design and implement local action plans to improve child and adolescent health using a science-based prevention approach.

It was introduced into a select group of Australian communities in the late 1990s following studies showing Australian teens' use of alcohol and other drugs was twice the rate of their peers in the US.

"Alcohol, tobacco and other drug use are underlying causes of a wide range of health and social problems and the earlier a person starts using them, the greater their risk of harm," Dr Rowland said.

"As part of the Communities That Care Program communities are supported to use youth surveys to identify issues that trigger community problems, such as underage alcohol sales. Communities then implement harm-reduction strategies, including the monitoring of alcohol sales at bottle shops and sports clubs, as well as parent education programs in schools."

Dr Rowland and his team have been tracking the first four municipalities to implement the Communities that Care model - Mornington Peninsula, Ballarat and Alpine shires in Victoria and Bunbury in Western Australia - and have compared them with data from more than 100 other local government areas across the country.

The evaluation - published in this month's edition of the Journal of Health Psychology - surveyed more than 41,000 young Australians over 15 years.

"We found that crime and the use of alcohol, tobacco and illicit drugs reduced at a faster rate in municipalities where the Communities That Care planning approach was used," Dr Rowland said.

"Youth alcohol use fell 28 per cent in the intervention communities over the period studied, which was more than twice the fall in the rest of Australia. I think some of the major factors leading to this decline are less favourable parent attitudes to alcohol and drug use, and reduced availability of alcohol."

Andrew Joseph leads the Communities That Care group at the Mornington Peninsula Shire, where the program has seen large reductions in youth alcohol and drug use since starting the process 18 years ago.

"If local governments across Victoria were provided with more secure funding for evidence-based prevention it would not only result in happier and healthier children and families but would save government funding on preventable problems related to crime, physical health and mental health," Mr Joseph said.

The Communities that Care model is now being used in 17 Australian communities and recent trials in Victoria were supported by the Victorian Department of Justice.

Dr Rowland is hoping this new data will lead to further support for a widespread rollout of the program.

"Currently the majority of our family, school and community programs are not evidence-based, and this reduces accountability," he said.

"With high rates of family breakdown and fewer young people participating in community organisations, our study found a decline in youth social connections across Australia. This trend was reversed in the municipalities implementing Communities That Care, where school and community organisations are working hard to increase youth opportunities for healthy social connections.

"This emphasis on a caring environment is particularly important in protecting the future for the many vulnerable children growing up with socioeconomic disadvantage." 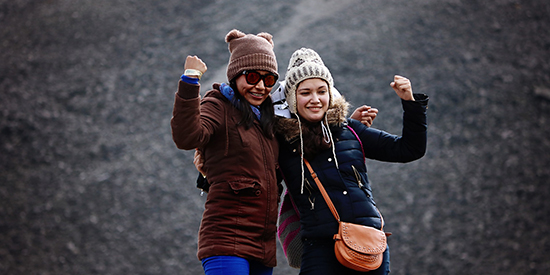 A world-first Deakin University trial is using 'brain training' to help smokers give up for good.