Deakin University congratulates all members of its community who were recognised as part of the 2021 Australia Day Honours. The University is proud of the contributions and achievements of our alumni, staff and former staff, supporters and friends.​

In particular, Deakin would like to congratulate Dr Miriam-Rose Ungunmerr Baumann AM of the Ngan'gityemerri language group, who was named the 2021 Senior Australian of the Year. She is an Aboriginal elder from Nauiyu and a renowned artist, activist, writer and public speaker.

Dr Ungunmerr Baumann was the Northern Territory's first fully qualified Aboriginal teacher and went on to visit schools throughout the Top End, advocating for art to be taught as part of every child's education. In 1988, she attained a Bachelor of Arts from Deakin University, and two years later began training as a school principal. In 1993, she graduated from Deakin with a Bachelor of Education, and in that same year was appointed principal of St. Francis Xavier School of Daly River. In 1999 she completed a Master of Education through Deakin, achieving a High Distinction.

Among her many initiatives and achievements, she established the Miriam-Rose Foundation, a not-for-profit organisation working to empower Indigenous youth through education, art, culture and opportunity. She served for several years as President - the first woman in the role - of the Nauiyu Community Government Council, an Aboriginal organisation that operated the leasing arrangements for the Daly River community. For many years, she held the position of Art Consultant with the Professional Services Branch of the Northern Territory Department of Education; she was also on the National Indigenous Council.

Throughout her life, Dr Ungunmerr Baumann has remained dedicated to maintaining the cultural independence of her people. In 1998 she was awarded a Member of the Order of Australia Medal for services to Aboriginal education and art, and to the Nauiyu community. She was also awarded an honorary PhD in Education from Charles Darwin University.

Congratulations also to Ms Tanya Hosch who was named South Australia’s 2021 Australian of the Year. Ms Hosch is the first Indigenous person and second woman appointed to the AFL executive and has held leadership roles in sport, the arts, culture, social justice and public policy, and was part of Deakin’s Reconciliation Conversation last year.

SENIOR AUSTRALIAN OF THE YEAR

OFFICER IN THE GENERAL DIVISION OF THE ORDER OF AUSTRALIA (AO)

MEMBER IN THE GENERAL DIVISION OF THE ORDER OF AUSTRALIA (AM)

Ms Lisa Michelle Alexander AM - For significant service to netball at the elite level.

Mr Michael Raymond Buxton AM - For significant service to the visual arts, and to the property development sector.

Mr Argus Alexander Hume AM - For significant service to water catchment management, and to agribusiness.

Mr Richard Neil Kelloway AM - For significant service to air force organisations, and to veterans advocacy.

Professor Daniel Ian Lubman AM - For significant service to medical education, research, treatment and policy in the field of addiction.

Member, Advisory Board, Centre of Health Risk Behaviours and Mental Well Being, 2004-2006.

Ms Sarah Louise Matheson AM - For significant service to the law, to intellectual property protection, and to the not-for-profit sector.

Professor Lester Irabinna Rigney AM - For significant service to Indigenous education, and to social inclusion research.

Ms Pamela Ann Rutledge AM - For significant service to people living with disability or social vulnerability.

Dr Jill Harrison Smith AM - For significant service to the performing arts, and to cultural development.

Dr Ronald James Webber AM - For significant service to the building and construction sector.

MEDAL IN THE ORDER OF AUSTRALIA IN THE GENERAL DIVISION (OAM)

Principal Chaplain Collin Gregory Acton OAM - For meritorious service to the Royal Australian Navy in the field of Chaplaincy.

Ms Julie Anne Gillick OAM - For service to education, and to professional associations.

Mr Philip Holmes-Smith OAM - For service to education, particularly to research and evaluation.

Mr Neil Howard Samuel OAM - For service to people living with dementia, and to the community.

Dr Richard Symons Blewett PSM - For outstanding public service through advancing the use of geophysical data to attract investment in Australia's minerals industry.

Appointments to the Order of Australia recognise outstanding achievement and service to Australia or humanity at large. Recipients receive the insignia of their honours at investiture ceremonies at Government Houses in each state and territory later in the year. 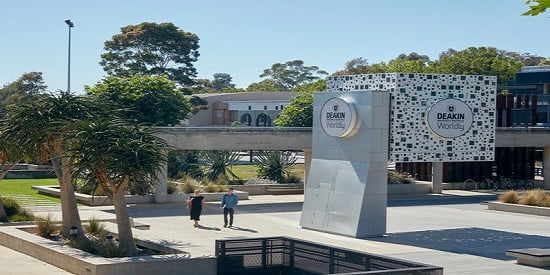