Dr Kathryn Backholer, a Senior Research Fellow in Deakin's Global Obesity Centre, and Dr Tim Doherty, a Research Fellow in the Centre for Integrative Ecology, received their awards last night in a ceremony at Swinburne University.

Deakin's Deputy Vice-Chancellor Research Professor Joe Graffam said the double award win cemented Deakin's reputation as an incubator of talented researchers on their way to becoming leaders in their field.

"With their passion for science, research expertise and their ability to communicate across age groups and backgrounds, Deakin's early-career researchers like Kathryn and Tim are making a big difference in our world," Professor Graffam said.

"We are very proud of our two awardees, and will continue to nurture the best and brightest to build their careers at Deakin, with access to world-class facilities, impactful industry collaborations, and a strong commitment to the communities we serve."

Dr Backholer leads the 'Equity in Food Policy' group within the Institute for Health Transformation's Global Obesity Centre, a World Health Organisation Collaborating Centre for the Prevention of Obesity, managing a research team of six. She said improving population diets was one of Australia's most significant public health challenges.

"We cannot tackle disease without tackling food. Poor diet is the number one risk for the disease burden in Australia and globally, with obesity alone, costing more than $58 billion each year in Australia," Dr Backholer said.

"The influence of an unhealthy diet is worse for the poor and socially disadvantaged. In Australia, the poor can expect to live on average six years less than the rich and spend much more of their life with diet-related illness.

"My research has shown that if we continue with current public health approaches to promoting healthy foods, the health of the poor will be left behind while the rich reap the benefits.

"Using nutrition science we are developing novel methods and tools that place equity at the heart of food policy decision making. We are developing a road-map to support government decisions by demonstrating what food policies work to reduce disease, for whom, and whether these policies represent value-for-money.

"Food can be a powerful game changer for human health and health inequalities. But it must be leveraged through strong, effective and equitable policy change. Our research ensures population health is improved for all."

Dr Doherty has also enjoyed early success in his work, with a particular focus on the impacts of invasive predators on biodiversity. His research revealed that invasive predators, such as cats and rats, have contributed to more than 50 per cent of bird, mammal and reptile extinctions worldwide.

This work was at the forefront of the recent push to target feral cats in Australia, providing solid evidence for investment in control measures.

"Another part of my work focusses on how native animal populations recover following bushfires that destroy their habitat. Current climatic changes, including reduced rainfall and increased temperatures, mean that fires are happening more frequently and are more severe than in the past. Animal populations may not be able to cope if their habitat is burnt too often.

"Studying these processes can help land managers design fire management plans that protect both humans and ecosystems from fire."

The Young Tall Poppy Science Awards are an initiative of the Australian Institute of Policy and Science, recognising scientific achievers who are in the early stage of their careers, have already made discoveries and have demonstrated their leadership in communicating science and engaging the public.

As 'Young Tall Poppy' Award recipients, Dr Backholer and Dr Doherty will have opportunities to talk about their research with school students, teachers and communities across Australia - helping to inspire a passion for science in a new generation. 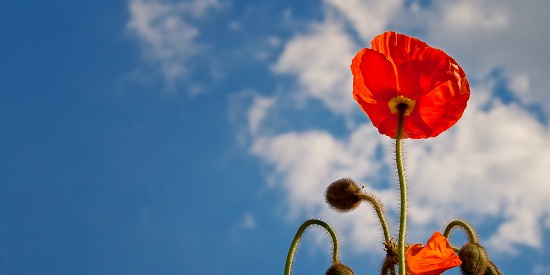