A legal expert from Deakin Law School has argued that Victorian police have been given "a golden ticket" to search mobile phones seized during arrests, even without a warrant.

PhD candidate Paul McGorrery analysed the precedent set earlier this year by a case in which police officers seized and searched a suspect's phone without consent, gaining evidence that was later used to convict a man for armed robbery.

Mr McGorrery, who is an admitted lawyer in Australia and New York, said the Court of Appeal decision set a controversial precedent.

"This should not stand as good law," he said.

"It seems doubtful that the general community would consider it appropriate for police to rummage through people's phones.

"The police have, at least for now, been given a golden ticket to review the contents of mobile phones lawfully seized during an arrest, so long as the offending was serious and their investigation yields fruit – even though it's the fruit of a poisonous tree."

Mr McGorrery said police should be required to obtain a warrant before conducting searches of mobile phones.

"While police may well be entitled to seize a mobile phone they happen upon while executing a search or arrest warrant, any subsequent search of that phone should only be permitted if emergency circumstances demand it," he said.

"Otherwise, the search should be conducted within the boundaries permitted by a court-ordered search warrant, which may even need to be app-specific.

"Perhaps one day our lawmakers will put forward legislation to address this issue, but in the meantime, the best way of protecting your information is to lock your phones and hide your PIN."

The precedent-setting case in question came about after Victorian police officers attended a property to arrest the defendant Wallace, who wasn't there at the time.

"Officers instead arrested one of Wallace's associates, Aziz, who herself was subject to a number of outstanding warrants," Mr McGorrery said.

"While searching the premises, one of the officers noticed Aziz's phone, which was on the kitchen bench, had received a message from Wallace. The officer seized the phone, and later, without seeking Aziz's consent, asked two other officers to download its contents.

"They analysed the contents of various communication apps – Aziz's phone didn’t have a password – as well as videos and photographs stored on the phone, and a web browser app in which Wallace's Facebook account was open.

"That search yielded substantial evidence, which was later put to a jury who convicted Wallace for armed robbery."

Mr McGorrery said the defendant tried to have the evidence withdrawn by arguing police had unlawfully seized and searched Aziz's mobile phone, but the evidence was ultimately deemed admissible.

"The Court of Appeal concluded the evidence in Aziz's phone was admissible, even if obtained unlawfully or improperly, because it was important evidence in the proceedings, and because the alleged offending was serious," he said.

"That reasoning is, however, blind to the nature and gravity of the privacy violations in the case.

"The position in Victoria now stands in stark contrast to the position in the United States, with the US Supreme Court unanimously deciding back in 2014 that evidence derived from warrantless phone searches was inadmissible."

Mr McGorrery said there were clear alternative actions that the police officers could have taken.

"In the Court of Appeal case, a search warrant was the clear path by which the information could have been obtained lawfully, and there was no need for complex international warrants involving multiple multi-national organisations," he said.

"One simple search warrant, and the patience to attain it, would have sufficed." 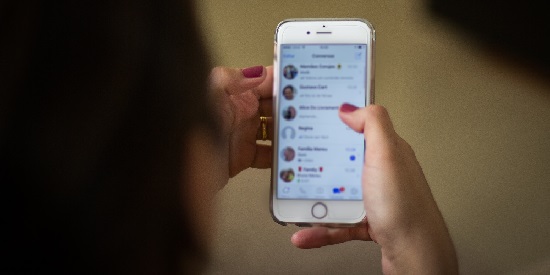