Deakin law staff and students are playing a key role in the fight to release a young Aboriginal man currently serving a life sentence in the Northern Territory for a murder he did not physically commit.

Lawyers for Zak Grieve have filed an historic petition for mercy with Northern Territory Administrator the Hon Vicki O'Halloran, calling for Grieve to be immediately released. Deakin Law Clinic students are actively involved in the case, providing valuable research assistance.

Deakin Law School Professor Felicity Gerry QC, who heads Grieve's ;legal team, said the students were making an important contribution to a case that could have far-reaching implications for the NT justice system.

"I am very proud of the students, volunteers and researchers who contributed to the formal mercy petition for Zak Grieve, and very much hope the outcome is positive given the important justice issues raised," Professor Gerry said.

Grieve has been in prison since 27 October 2011, serving a life sentence with a non-parole period of 20 years for the murder of Raffaeli Niceforo, who was killed in his Katherine home by Chris Malyschko and Darren Halfpenny.

Malyschko was found to have planned the murder following extreme domestic violence and death threats from Niceforo towards Malyschko's mother, Bronwyn Buttery.

A friend of Malyschko's, Grieve initially agreed to participate in the murder. Despite later explaining he was unable to participate and withdrawing from the plan, Grieve was still found guilty of murder and sentenced due to NT mandatory sentencing laws.

Grieve said his case was a "nightmare scenario of what can go wrong with mandatory sentencing".

"Mandatory sentencing is taking a pre-made sentence for someone and saying no matter what the circumstances, no matter what the consequences, you'll have what's given to you, even if you don't deserve it, even if the offender has taken all the necessary steps to change themselves for the better," he said.

The petition for mercy states Grieve was sentenced as a 19-year-old with no prior convictions of any kind – he had a work history; he had a supportive family; he was remorseful; he was unlikely to reoffend; as was, in the words of the sentencing judge, "a person of good character" and a "non-violent character".

The petition urges the NT Administrator to release Grieve and "correct a grave injustice", and argues that the repeal and replacement of mandatory sentencing laws like those under which Grieve was sentenced will not only better serve all Territorians, but will help to address the NT's alarming rates of Aboriginal incarceration and alleviate the reputational damage currently suffered by the NT criminal justice system.

While the petition primarily relates to Grieve's case, it also makes a number of suggestions about sentencing reform more broadly, arguing for the repeal of mandatory sentencing laws and their replacement with evidence-based sentencing legislation.

It also argues that, upon repeal, people already sentenced under these laws should be permitted to apply for judicial reconsideration of their sentence.

The petition also suggests the NT Government should consider the establishment of a Sentencing Advisory Council, like those currently in existence in most other Australian jurisdictions. 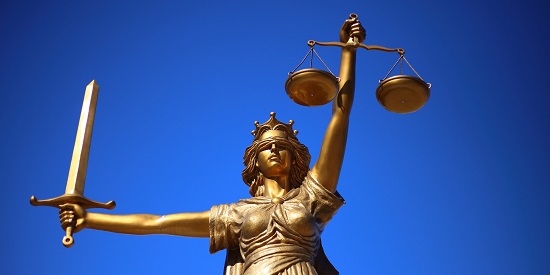