The Accessible and Inclusive Geelong Feasibility Study, one of the largest collaborative community engagement research projects ever undertaken in Geelong, highlights six priority areas that embed good design in improvements that will benefit residents and visitors to the city.

Professor Martin said the feasibility study was the largest co-designed research project into Geelong's disability sector and demonstrated that, when it comes to universal access and inclusion, small improvements often make a big difference to the lives of people living with a disability.

"The findings show that while improvements are needed across a range of areas, not all priority areas require major change," Professor Martin said.

"For instance, during the research phase it became clear that our Waterfront campus did not have the necessary bathroom facilities, such as a Changing Places – which includes a hoist and change table, so people with a significant disability, and their carers, have somewhere to change.

"This was identified by the community as an action item and the research team began the process of correcting this before the results of the research were released," he said.

Ms Couzens, who chaired the Accessible and Inclusive City Taskforce which helped commission the research said the report's recommendations had the potential to be a game-changer for issues of access and inclusion in Geelong.

"Our aim is to ensure Geelong is a city that welcomes people of all abilities and provides everyone with the opportunity to thrive," Ms Couzens said.

He said the Taskforce, which included people from across Geelong's community sector including disability advocates and people with a lived experience of disability, identified 119 action areas.

The six priority action areas include:

"Importantly, the report doesn't suggest this is all the responsibility of government, but shows that change happens at a community level, led by people with disability and supported by government and business," Professor Tucker said.

"This project is one step in a sequence of many. To realise the full effect of the community's aspirations, it will require further collaboration, support and commitment from all stakeholders." 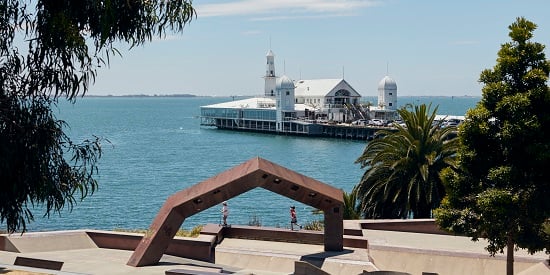 The Great Barrier Reef's hidden capacity to store huge amounts of carbon has been identified in a world-first study that has also revealed its potential to play a key role in climate change mitigation.