A Deakin study has mapped the types and severity of AFL player injuries and the years when players missed the least number of matches because of injury over a 20-year period.

Daniel Hoffman, a PhD researcher in Deakin's School of Exercise and Nutrition Sciences, mapped the injury sites and severity of AFL football injuries between 1997 and 2016, using injury data provided by the AFL.

The study published in the Orthopaedic Journal of Sports Medicine reveals longitudinal trends and will help inform coaches on where to focus their strategies in reducing player injury and games missed.

While the AFL analysed injury data each year, there has been no study applying statistical techniques to all of the injury data over a long period.

"Clubs spend a lot of time and resources measuring injuries in training and matches, but now they can see a helicopter view of what is happening across the years, giving clubs valuable insight into what has improved and what needs to be improved," Mr Hoffman said.

"This will certainly help with their injury prevention program, and help more players stay in the game for the whole season."

The study also measured changes in severity of injuries by measuring how many matches individual players missed because of injury. It found:

"An increase in severity of 0.5 matches missed per player doesn’t sound like much but when extrapolated to a team list, that’s an additional 22 missed matches per team per season," Mr Hoffman said.

"This increase in severity occurred at the same time interchanges rotation averages increased from 35 to 93."

Mr Hoffman said the study showed the risks of match injuries were significantly higher than training injuries, and that injuries became more severe during 2007-2011. 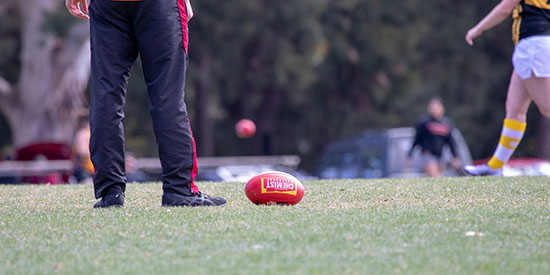