Media release
07 May 2015
The Deakin University Council today announced the election of Mr John Stanhope as the University’s sixth Chancellor, for a term of office of five years.

The Deakin University Council today announced the election of Mr John Stanhope as the University's sixth Chancellor, for a term of office of five years.

Mr Stanhope will take up his position on 1 January 2016 on the retirement of the University's current Chancellor, Mr David Morgan.

"David Morgan has a long and distinguished association with Deakin, having served as our Chancellor for ten years and prior to that as Deputy Chancellor and Chair of the Finance and Business Affairs Committee," Professor den Hollander said.

"One of the most important roles of Chancellor is to Chair the University's Council and David has done that with great skill, ensuring he leaves Deakin in a secure and improving position.

"I have very much appreciated David's wise counsel and advice and his commitment to all things Deakin. On behalf of our University, I would like to thank David for his extraordinary contribution to our students, our staff and the communities we serve."

Mr Morgan extended his gratitude to the many staff, students and members of the wider community who have supported Deakin University during his decade as Chancellor.

"I am grateful to the members of the University Council for their wonderful support and advice, and to the Vice-Chancellor, Professor den Hollander, for her energy, vision and deep commitment to excellence in teaching and research, the student experience, access and participation, and regional engagement," Mr Morgan said.

"It has been a great privilege to have been with Deakin on this part of its journey and I will look on with pride as it moves with confidence into the future."

The new Chancellor elect, Mr Stanhope, has been a member of Deakin's Council since 2012. He is Deputy Chair of Council's Investment Committee and a member of the Finance and Business Affairs Committee.

Mr Stanhope has extensive experience in governance, finance, accounting and business strategy. He was Chief Financial Officer and Group Managing Director, Finance and Administration with Telstra Corporation from 2003 to 2011 and was an Executive Director of Telstra from 2009 to 2011.

He has held numerous company directorships and has been a Director of AGL Energy Limited since 2009 and the Bionics Institute since May 2012. In November 2012 he was appointed Chairman of Australian Post.

Professor den Hollander said Mr Stanhope would take up the position of Chancellor at a time of growth and change for Deakin and Australia's higher education sector."My fellow Council members and I look forward to John's wisdom and guidance as we educate the next generation and undertake research that makes a difference to the communities we serve," she said. 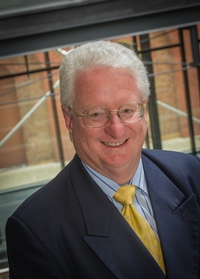