Vice-Chancellor Professor Jane den Hollander AO said Deakin stands ready to work with the State and a future Federal Government to ensure the centre is best positioned to help prepare local and global communities for the jobs of the future.

"Deakin is committed to supporting the communities we serve and we know there will be an increased demand for AI technology by business, industry and in the wider community," Professor den Hollander said.

"Deakin's sustained commitment to AI with a $32.7 million investment in A²I², along with the strong support of State and Federal Labor, means we are pushing the boundaries of what's possible between human interactions and artificial intelligence.

"Deakin looks forward to working with the State Government and a future Federal Government to participate in a process that will best locate the new National Centre of Artificial Intelligence Excellence."

A²I² (pronounced A squared, I squared) merges the capabilities of the University's Centre for Pattern Recognition and Data Analysis (PRaDA) and the Deakin Software and Technology Laboratory (DSTIL), bringing together all aspects of AI research and development from fundamental science to how it translates into commercial products for real-world application.

Professor den Hollander said A²I² had a particular emphasis on developing the partnership between the human user and the artificial intelligence (AI) system, and would explore how AI can present information that builds trust, is easily comprehensible, useful and timely.

"Much is made of the potential for AI to replace human intelligence, but AI's true potential lies in its capacity to enhance human abilities rather than replace them. We're not building robots to take the place of humans, but we are creating technology that will work alongside people to help them make more informed and better decisions."

Projects currently underway from A²I² include: 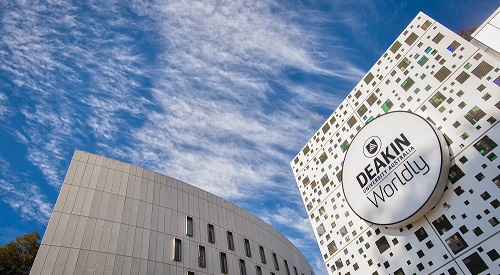 Deakin is continuing to drive the digital frontier to support future jobs, with the University today announcing it will invest $20 million to establish a new Applied Artificial Intelligence Institute.

Deakin's electronics students will be the first at an Australian university to use emerging artificial intelligence (AI) hardware, enabling them to graduate ready to help solve technology's most relevant global problems.