Deakin University has welcomed new funding from the Victorian Government to support growth of the Advanced Fibre Cluster Geelong.

The Victorian Government's $300,000 grant for the Cluster, led by the Geelong Manufacturing Council with support from Deakin and Austeng, was announced this week by Minister for Industry and Employment Ben Carroll MP, along with Minister for Training and Skills and Member for Western Victoria Gayle Tierney MP.

The Victorian Government investment comes alongside a $200,000 combined commitment from Deakin, which is a foundation partner, together with the City of Greater Geelong and the Geelong Manufacturing Council.

The funding will enable the Cluster to hire a CEO who is expected to be based at Deakin's Geelong Waurn Ponds Campus and will focus on assisting members with business growth and productivity opportunities, growing the membership and ensuring the ongoing sustainability of the cluster.

Deakin's Carbon Nexus General Manager, Derek Buckmaster, said the funding was welcome news and would enable the Cluster to grow its membership base from the current nine foundation members and generate new investment in advanced manufacturing in the region.

"Conservative estimates reveal that over four years, 250 new direct jobs will be created in advanced manufacturing with new investment of between $50 million and $200 million in to the Geelong region," Mr Buckmaster said.

"By promoting collaboration within the carbon fibre and composite industries we can bring to Geelong high value manufacturing that is more competitive, profitable and sustainable, so we welcome the Victorian Government's investment.

"Our vision for the Cluster is to create an internationally-recognised region of excellence in advanced fibre and composite manufacturing and innovation.

"Deakin established the Carbon Nexus research facility at Waurn Ponds in 2014 with a vision to grow the economic impact of carbon fibre research and production in the Geelong region.

"The establishment of the carbon fibre Cluster is helping to bring this vision to fruition, and will accelerate the creation of new jobs for the companies involved in carbon fibre in the Geelong region." 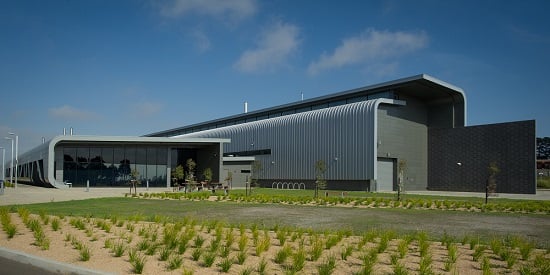