A new trial from Deakin University and Barwon Health will examine how yoga could be used to complement traditional psychological treatments for people with depression and anxiety.

Researchers are now recruiting for the Geelong-based trial, which will bring together a unique combination of mental health professionals, researchers and yoga teachers to monitor the effects of the multi-pronged treatment approach.

Lead researcher Associate Professor Melissa O'Shea, a clinical psychologist with Deakin's School of Psychology, said there was growing evidence to suggest yoga could benefit adults suffering from anxiety and depression.

"In the past 10 years there has been a proliferation of research into alternative and complementary medical approaches in mental health, with yoga emerging as particularly promising," Associate Professor O'Shea said.

Professor Michael Berk, of Deakin University and Barwon Health, has a longstanding interest in novel, adjunctive approaches to treating mental disorders, and is a recent recipient of a National Health and Medical Research Council Centre of Research Excellence grant to examine innovative therapies of psychiatric disorders.

"We need to understand better what the mechanisms for the mental health benefits of yoga are and how yoga can work with other forms of treatment such as psychological treatment to maximise people's recovery from common and debilitating conditions such as depression and anxiety,” Professor Berk said.

The pilot trial will compare adults with anxiety and depression who complete an eight-week course of group-based Cognitive Behaviour Therapy (CBT), with a different group who complete the CBT program with the addition of group yoga and an individually-tailored yoga program for home practice.

Associate Professor O'Shea said the weekly group yoga class was designed specifically for those with anxiety and depression, while the individualised home practice would aim to assist the participant’s journey during the study.

"We're interested in what supports adults to take up yoga along with psychological treatment, as well as what might be the barriers to adopting a yoga practice," she said.

"It's important for us to understand what might be needed to support yoga practice as an acceptable additional treatment, and we're thrilled that this work is being led right here in Geelong."

The pilot trial will be conducted from October at Geelong's Barwon Health Psychology Clinic, which is jointly led by Barwon Health and Deakin University and supported by the Western Victoria Primary Health Network.

Yoga teacher Jill Harris, who is one of the researchers for the project, said Western yoga was most commonly understood as a sequence of physical postures, but it had roots in ancient India as a holistic approach to both health and mental health.

"In the modern context, people are attracted to yoga for its physical benefits – increased flexibility, strength, balance – but they quickly notice that it has other positive side-effects such as reducing stress and anxiety and improving focus," Ms Harris said.

"Inherently, yoga is a practice for the mind. The link between movement and conscious breath awareness can have a profound effect on all the systems of the body, especially our mental health."

"I recently conducted a yoga course focused on sleep, and one student came because of her anxiety about getting to sleep," she said.

"It was a constant struggle for her, but practices aimed at lengthening breath linked with the yoga postures had a positive impact on changing her approach to falling asleep as well as her experience of worry and stress, and she found she was able to relax and calm her mind in order for sleep to happen."

"CBT is a well-researched and effective therapy for anxiety and depression, however we notice that many people in our programs need more effective ways to manage their physical symptoms," Ms Langbein said.

"We see yoga as a way to approach the mind and body in a more integrated way, and we hope this not only encourages people to engage in treatment, but also allows people to more fully benefit from CBT techniques." 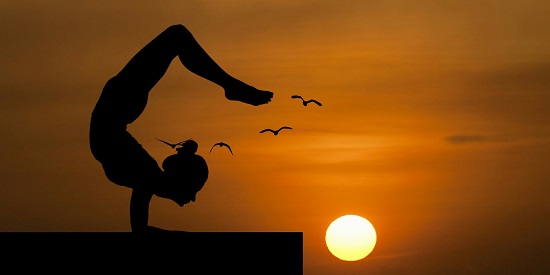 Faculty of Health, School of Psychology