A new study has revealed that Boron Nitride Nanotubes (BNNT) produced by BNNT Technology Limited using patented Deakin technology have the highest purity among commercial products in the world.

Conducted by another leading Australian University, the independent analysis of seven commercially available Boron Nitride Nanotubes (BNNT) samples from around the world confirms Deakin's place at the forefront of this cutting-edge nanofibre technology.

"The commercialisation of BNNTs is the culmination of two decades of research and it is exciting to see the rapid progress that is being made," Professor Chen said.

"We have always been confident in the scalability and quality of our technology, but it is still pleasing to see such a stunning independent validation," Dr Li said.

BNNTs are super flexible fibres that are 100 times stronger than steel but as light as carbon fibre, with potential applications in industries ranging from aviation to mining, medicine, and space travel. They are notoriously expensive to produce, with one kilogram valued at $900,000, and difficult to manufacture at scale.

IFM has led global research in BNNTs for a number of years, becoming the first in the world to develop and patent technology that allows BNNT to be manufactured in bulk for the first time.

In 2018, IFM licensed its BNNT manufacturing technology to BNNT Technology Limited, a start-up based at the University's ManuFutures facility in Geelong. The company's new $3 million plant at ManuFutures began production in 2019 and is now in the advanced stages of scaling up to meet worldwide demand for BNNT product in a variety of new material applications.

"BNNT Technology has the potential to be one of the standout success stories of University commercialisation in Australia, and has already led to three further spin out businesses," Mr Spincer said.

"As part of a broader partnership between Deakin University and the PPK Group, joint venture companies have already been established to use advanced BNNT composite materials in Li-S battery (Li-S Energy Ltd) and 3D dental ceramics (3D Dental Technology Pty Ltd) with more expected to follow.

"We look forward to continuing our support of BNNT Technology at ManuFutures both as a shareholder and research partner as it seeks to fulfill the exponential growth in global demand for BNNTs."

The independent analysis of BNNT purity produced by BNNT Technology Limited, is HERE. 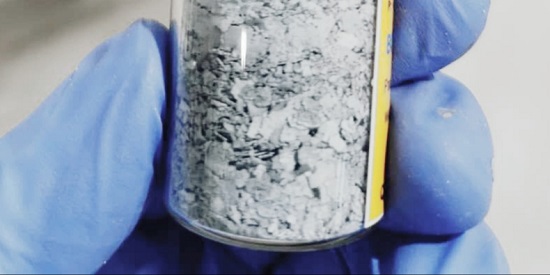 Deakin researchers have made a breakthrough discovery in the area of thermal conductivity and heat regulation, which will pave the way for the next generation of foldable phones, wearable technology and miniaturised electronics.

Deakin fibre scientists have developed a new wool-based insulation textile for car interiors, in a bid to solve the automotive industry's need for affordable, sustainable alternatives to synthetic, petroleum-based plastics.

Deakin researchers are working to create a new type of battery material that will reduce the cost and environmental impact of high performance batteries.