Do police need to carry guns all the time? The research says 'no'

A new study has found that arming police does not keep the community safer and, in fact, increases the risk of fatal shootings of civilians.

Researchers from Deakin's School of Humanities and Social Sciences compared four international jurisdictions: Canada and Australia (where police are routinely armed) and England/Wales and New Zealand (where police are not usually armed), finding those countries where police officers routinely carry guns were no safer for the public or for police.

Senior lecturer in Criminology, Dr Clare Farmer, said communities where police are routinely armed experience greater use of firearms by police and higher numbers of fatal police shootings of civilians.

"While it is generally believed that armed police ensure community safety, our research found that homicide levels are slightly higher in the two jurisdictions where police routinely carry firearms," Dr Farmer said.

"Other key crime measures (such as assaults, robbery and serious sexual offences) are more broadly comparable across the four jurisdictions, which also indicates that police having guns does not, by itself, make the community safer."

Dr Farmer and her co-author Dr Richard Evans, Honourary Research Fellow at Deakin University, set out their findings in the recently published Springer book Do Police Need Guns? Policing and Firearms, Past, Present and Future.

The book expands on research published earlier this year in the International Journal of Human Rights: Do Police need guns? The nexus between routinely armed police and safety.

"Our analysis considers community safety and police officer safety by comparing key data across four jurisdictions that are similar in terms of forms of government, social structures and culture, and approaches to law and order," Dr Farmer said.

"If the routine arming of police officers does ensure or increase safety, as is so often claimed, then there should be evidence of that within the data.

"In England and Wales, where most police are unarmed, homicide levels are lower, and the rate of fatal police shootings is some 18 times lower than in Canada, where police are routinely armed. The findings are less clear-cut for New Zealand (routinely unarmed) and Australia (routinely armed) – but there is no evidence of higher levels of community safety in routinely armed Australia.

"In terms of police safety, the rate of violent, non-accidental police deaths is higher in routinely armed Canada than routinely unarmed England and Wales."

Dr Evans said he and Dr Farmer hoped that their book would encourage fresh debate about policing and firearms.

"Too often, the debate about policing and firearms is framed as a zero-sum contest between human rights, on one hand, and the safety of police officers on the other," Dr Evans said.

"This is a false premise. Police have a right to a safe workplace. People in the community have a right to be safe, including from being shot dead by police unless there is absolutely no alternative.

"Our research shows that you can do both. By not routinely arming police officers, you can improve safety for the community as a whole and the police as well. In the jurisdictions where police do not routinely carry firearms, police are not at greater risk of non-accidental injury or death.

"The idea that 'police need guns' to do their job and for their own protection appears to have more to do with the fantasies of Hollywood scriptwriters than any real-world evidence," Dr Evans said.

Dr Farmer said the use of force by police is one of the most important issues facing any community.

"Firearms are a necessary part of policing. The question is whether all police officers need to carry a gun in every situation, every time they go out on patrol, and whether police firearms should be ubiquitous and visible," Dr Farmer said.

"Our analysis suggests that ready access to a firearm increases the likelihood that it will be used, despite no evidence of an increased need for it to be used.

"After the mass killings in Christchurch, there were calls in New Zealand for police to be routinely armed (front line police vehicles currently carry firearms in locked boxes).

"Similarly, serious crimes in England and Wales typically trigger calls for a rethink of policies regarding the arming of officers.

"This is a complex area, and we recognise that policing decisions are made under stress and in unpredictable situations. This just makes it more important to examine and apply real-world evidence to inform how and when we arm our police," Dr Farmer said.

Dr Evans said that the book is likely to generate controversy, and that this was welcome.

"We want to promote discussion about alternative approaches to policing, firearms and force. We hope that other researchers will look at the experience of policing in different places, and develop a body of empirically derived, testable knowledge which can be used to inform police, policy makers and the wider community," Dr Evans said. 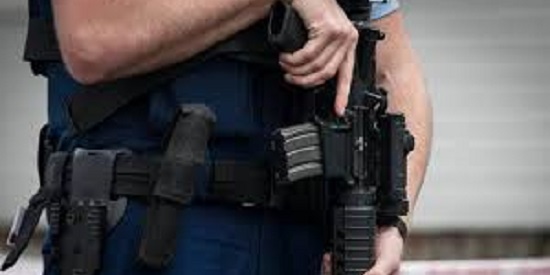 The transition from primary to secondary school can be uncharted water for students and parents alike, but Deakin University Education researchers say there are ways parents or carers can help their children navigate the first weeks.