With the ICC Women's T20 World Cup series starting Friday, and the men's one day cricket series to follow, Australia's 'Summer of Cricket' is extending deep into March leaving audiences experiencing sport exhaustion, according to a Deakin researcher.

Dr Hunter Fujak, a lecturer in sport management in the Deakin Business School, said all of Australia's major sports are guilty of expanding their calendars in the past 20 years, and risk cooking the golden goose.

In all major codes, competition fixtures are growing and seasons lengthening, yet the growth in choice has largely not corresponded to growth in fan consumption.

'A key outcome of these expanding season calendars is growing congestion across league fixtures, which contributes to the "cannibalisation" of fans' attention,' Dr Fujak said.

'A good example of this just recently was when the Richmond Tigers' inaugural AFLW game shared a time slot with the A-League soccer derby - which saw the derby record a very modest crowd of 16,872, which was only 1,000 shy of its record low. Meanwhile, the AFLW is offering fans a free event and achieved an encouraging attendance of 15,337.'

Dr Fujak said in times past, there was a clean divide between the summer and winter sport season and a short period with a relative absence of sport, giving consumers an opportunity to re-energise and build anticipation.

In 1996, cricket's one-day internationals finished on 20 January, with Super Rugby starting on 1 March and AFL on 29 March. However increasingly savvy sport administrators have identified these gaps in the calendar as market opportunities to fill.

In 2019, average attendances for both the AFL (down 4%) and NRL (down 8%) are less than a decade ago, while Big Bash League attendances declined for their third straight season in 2019/2020, and Super Rugby franchises have delivered record low crowds in recent seasons.

'While the Big Bash League launched into a crowded sport market in mid-December, it was able to achieve considerable early success on the basis of a condensed schedule aligned to the school holidays,' he said. 'However, expanding the tournament from six to nine weeks then coincided with the League's most recent retraction among fans,' he said.

'Cricket is the worst offender, with their new broadcast rights agreement a catalyst to reorganise and expand the 'summer of cricket'.'

'The cricket season now starts one month earlier, and finishes two months later than it did in 1996, and 2020 will be historic in that our Australian men's cricket team will play their last home fixture in late March, after our men's footy codes have started their winter competitions.

'The AFL is also guilty of calendar encroachment. With the AFL Women's competition starting on February 7 leading into the men's competition from March 19 and the AFL draft concluding formalities in late November, there is now only a two month off-season from AFL content perspective.' 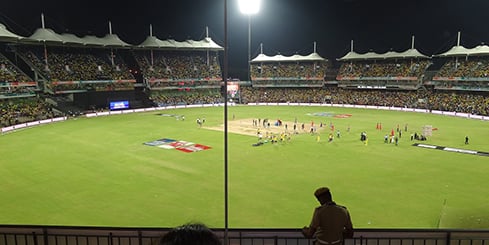