The study by researchers with the University’s Alfred Deakin Institute for Citizenship and Globalisation (ADI) is the first to examine whether knowing more facts about Islam as a religion and knowing more Muslims predicts lower levels of prejudice regardless of people’s age, education and political views.

ADI Director and study leader Professor Fethi Mansouri said the study results added to the understanding of the relationship between education and tolerance.

“Previous studies have suggested that correcting factual information about Islam could positively shift views of Islam,” he said.

“Our study extends this research by looking at the relationships between prejudice against Muslims and different types of knowledge of Islam and Muslims, namely factual knowledge, self-reported knowledge and contact with Muslims.”

Dr Matteo Vergani, study co-researcher, said the research was the first to consider the impact of what people believe they know and what they actually know about Islam.

“No research to date has empirically examined the relationships between different types of knowledge of Islam and prejudice against Muslims above the effect of education and other individual-level predictors of prejudice,” he said.

The study involved 621 Australians who completed a questionnaire that examined their knowledge of Islam and contact with, and views of, Muslims.

The results, published in the International Journal of Intercultural Relations, showed that respondents who displayed the most prejudice against Muslims were also those who knew the least about Islam and Muslims in terms of factual knowledge, and the ones who had less contact with Muslims.

“In other words, possessing more knowledge about Islam as a religion and having more contact with Muslims is associated with less prejudice against Muslims regardless of whether an individual identifies or not with conservative parties (such as the Liberal–National coalition), whether they are older or younger, female or male, more or less educated or religious,” Professor Mansouri said.

“This suggests that prejudice against Muslims is fuelled not by knowledge, but in parts by ignorance of Islam as a religion.”

The findings of this study are critical for future policy directions in the diversity governance space, Professor Mansouri said, especially in relation to understanding the role of knowledge (both factual and perceived) in shaping attitudes and prejudices.

“This has the potential to provide a solid platform for policymakers and practitioners to initiate appropriate measures for improving the lives of Muslim Australians, and strengthening intercultural and interfaith relations more broadly,” he said. 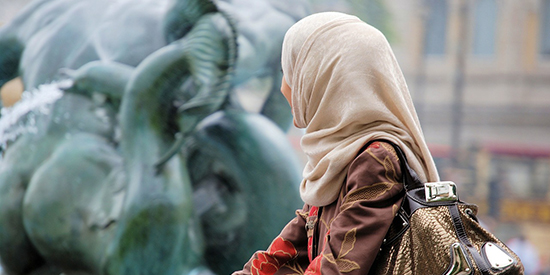 The Trump administration's decision to increase its military presence in the Persian Gulf raises the real prospect of conflict in the region, a Deakin University academic has warned.