Family Violence Royal Commission increased help-seeking, but not for all

More Australian-born women sought help for domestic violence after the Victorian Royal Commission into Family Violence, but the public inquiry did not significantly improve the help-seeking behaviour of the one-in-four women born overseas, according to a recent Deakin University study.

Lead researcher Dr Lata Satyen, from Deakin's School of Psychology, said this highlighted the necessity of violence prevention and intervention services tailored to the specific needs of migrant communities to ensure all women are safe.

The Deakin study is one of the first to evaluate the impact of a Royal Commission on community behaviour change and awareness, and it is the first to examine trends in intimate partner violence and help seeking behaviour across migrant and non-migrant women in Australia.

The study collected survey data from a nationally-representative sample of 677 women from the start of 2012 to the end of 2015, the year the Royal Commission into Family Violence was carried out, asking women about their experience with intimate partner violence and help-seeking behaviour.

Results showed the perceived need to seek help for abuse significantly increased from the start of the Royal Commission in 2015, not just in Victoria where the inquiry was carried out, but nationally.

Dr Satyen said this trend also played out in reports from the Crime Statistics Agency in Victoria, which indicate an increase in the number of family violence cases and number of applications for a family violence intervention order over the same period.

But by breaking down the data further, Dr Satyen's research shows an increase in actual helpseeking behaviour was only evident for non-migrants, and was not the case for migrant women.

"Despite no difference in the proportion of those identifying that they needed help, migrant women in this group were less likely to report actually asking for help for physical, psychological, verbal, emotional or financial abuse," Dr Satyen said.

"This suggests that family violence information made public during the Royal Commission may not have made a substantial difference to migrant women because the information was not disseminated in languages other than English or through culturally-relevant channels such as in local language newspapers that could have been more effective."

Dr Satyen said her findings mirrored those from the Royal Commission itself, which highlighted that the incidence of family violence in culturally and linguistically diverse communities required increased prevention and intervention efforts.

"In the years since the Royal Commission, we can see there are more resources overall that have become available, however, we don't know whether migrant women are accessing these resources," she said.

"It is acknowledged that the experiences of people from migrant backgrounds affected by intimate partner violence can be different, including the specific barriers they face in seeking help as they are often less likely than other women to report violence.

"Barriers to disclosure include limited English language skills, restricted and uncertain visa status, lack of knowledge of the Australian legal system, and social isolation with no support network. This is in addition to cultural factors such as not seeking professional support for a family issue or a social acceptance of men's violence towards women.

"That means it is crucial that health and other professional service providers ensure their programs and services are culturally relevant to encourage women of all backgrounds to access their services. There is still a large unmet need for better prevention and intervention services tailored to culturally diverse communities."

Dr Satyen said it was also critical more research be done to determine the needs of migrant communities in this space, and to inform a greater and more effective delivery of services.

"Given the high rates of migration in Australia, it is important to understand how patterns of intimate partner violence may vary depending on country of birth and the prevention and intervention efforts required to address the variation, but until now there’s been little research regarding family violence among immigrant and refugee women," she said.

"Victorian police records from 2013 to 2016 show that aside from Australian-born individuals, the consistent highest rates of reported family violence are from individuals born in New Zealand, England, India, Sudan and Vietnam.

"It is estimated about one in three women globally experience intimate partner violence, and it remains one of the most significant human rights violations against women."

Dr Satyen said another key recommendation to come out of her team's study was the need for any future Royal Commissions to prepare for changes in community behaviour that may arise from the inquiry, and for health service providers to organise their resources to facilitate the potential increased disclosure of the problems and seeking of assistance.

"Special efforts should also be made to ensure that migrant and other ethnic minority communities receive accurate communication about the purpose of the Royal Commission and opportunities to participate in the community consultation in a culturally safe way," she said.

'The Royal Commission into Family Violence: Trends in the Reporting of Intimate Partner Violence and Help-Seeking Behavior'  was recently published in the Journal of Interpersonal Violence. 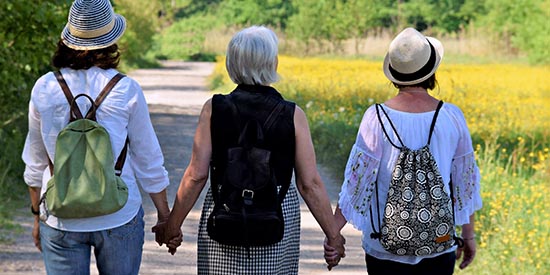