Migrants with Muslim backgrounds continue to face barriers integrating into Australian society even if they have strong English skills, new Deakin University research has found.

The world-first analysis of the prospects of childhood immigrants from a range of backgrounds crunched the numbers on Australian Census data from 2006 and 2011.

It found that while immigrants as a whole benefit greatly from improved language skills, those of Muslim faith needed more support than speaking English alone provided to settle productively into Australian life.

"The Australian Census asks people to state their religion, which allows us to drill down to look at the effect of an immigrant's English proficiency across different religious groups, controlling for other factors such as country of birth, age at migration or years spent in Australia," Dr Guven said.

"However, while a good command of English enhances the educational attainments of Muslim childhood immigrants, it shows no positive return in either the labour or marriage markets, or participation in volunteer work.

"This shows there needs to be more research and support for Muslim immigrants to integrate. We need to discover what these barriers might be and overcome them."

Dr Guven said his study did not look at why these differences were occurring, but he believed the most likely reasons could be a blend of actual and perceived discrimination, based on his own expertise and previous research on the economics of immigration.

"Perceived discrimination means Muslim migrants may be reluctant to enter certain labour markets, apply to volunteering opportunities or they may choose to live in a certain place," he said.

"But more research is required to show why this might be the case and if this effect is mirrored in other datasets and countries."

"The Australian Government recently tried to make language requirements for citizenship even more stringent, but this research shows a one-size-fits-all approach may not actually be the best," Dr Guven said.

"More than a quarter of Australia's current population was born overseas, and recent years have seen an increased influx of immigrants from 100 different predominantly Muslim countries. So it's important we understand how best to welcome these groups, and help them become productive and valued members of the community."

Dr Guven said while more research was necessary to explore his findings, he said his results demonstrated the need for extra resources and policies to increase integration for Muslim migrants.

"What we're showing is there may be some additional obstacles that hinders Muslim integration, so government should pay more attention to this, especially because one of their purportedly best instruments to encourage integration may not be working," he said. 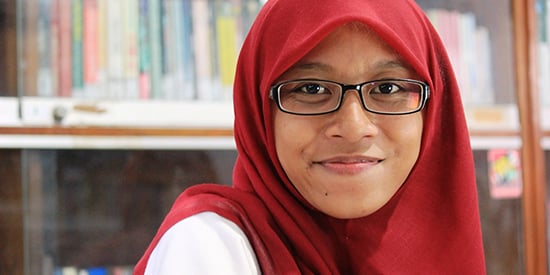