An antibiotic used mostly to treat acne has been found to improve the quality of life for people with major depression, in a world-first clinical trial from Deakin University.

The trial added a daily dose of minocycline - a broad-spectrum antibiotic that has been prescribed since 1971 - to the usual treatment of 71 people experiencing major depression.

The research team, led by Deakin's Centre for Innovation in Mental and Physical Health and Clinical Treatment within the School of Medicine, then compared the effects to a control group taking a placebo.

The results - recently published in the Australian & New Zealand Journal of Psychiatry - showed that those taking minocycline reported improved functioning and quality of life.

"There is evidence to suggest that people with major depressive disorder have increased levels of inflammation in their body," Dr Dean said.

"Specifically, minocycline reduces brain inflammation in cell models, and thus we wanted to see if it was useful for people."

Dr Dean said there was a huge need for improved treatment options for people with major depression.

"Existing medications have known safety profiles and are readily accessible."

In Australia, up to one in four people will experience depression over their lifetime.

"Current antidepressants are useful, but many people find a gap between their experience before becoming unwell and their recovery following treatment," Dr Dean said.

"We aim to fill this gap by providing new, biologically-based, treatments for depression."

Dr Dean has also been leading a clinical trial using the rind of mangosteen - a tropical fruit - for treatment of depressive symptoms.

She said the minocycline trial was small, but did have some significant results.

"We found that those on minocycline reported significant improvements in functioning, quality of life, global impression of their illness, and there was also a trend towards improvements in anxiety symptoms."

Dr Dean said her team was now in the process of applying for funding to expand the trial to a larger group.

"We're also considering a study of minocycline for people with anxiety disorders, given what we have found in this study," she said.

This research was supported by Deakin University, the Florey Institute of Neuroscience and Mental Health, the University of Melbourne, Barwon Health, Chulalongkorn University, the Brain and Behavior Foundation (USA), and an Australasian Society for Bipolar and Depressive Disorders/Servier grant. 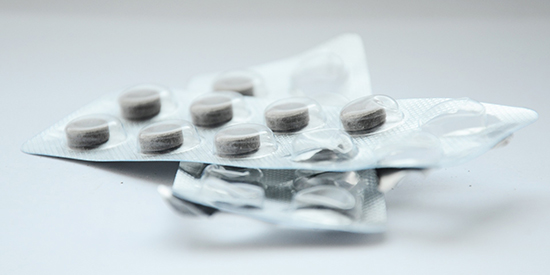