The research paper, recently published in the Journal of Bioethical Inquiry, comes as the National Health and Medical Research Council (NHMRC) released its revised national guidelines for IVF clinics today, including the consideration of a proposal to allow sex selection for non-medical reasons.

The revised guidelines maintain a ban on sex selection for non-medical reasons. This means that in Australia parents can only select the sex of their embryo if it is to prevent the transmission of a serious genetic condition.

Some people have been campaigning for that to be extended to families who may have multiple children of one sex and wish to conceive a child of the "opposite" sex - a practice commonly known as "gender balancing" and legal in countries such as the USA.

The NHMRC has highlighted that states and territories can enact legislation to allow the practice if they wish.

But bioethicist Dr Tamara Kayali Browne, a lecturer in health ethics and professionalism in Deakin University's School of Medicine, has urged them not to do so.

Her research has found that the "freedom of choice" used as the main justification for allowing sex selection does not capture the freedom that parents really want.

Dr Browne said that while previous studies had examined how sex selection impinged on the autonomy of children, her work was the first to look at how parents' autonomy was negatively affected as well.

"The reason people want to select the sex of their child is because they want the freedom to have a certain kind of bond or certain parenting experiences," she said.

"But it's actually their assumptions about gender that are restricting them.

“For example, they want a girl so that they can enjoy playing with dolls, shopping or dancing with their child. Or they want a son so they can play footy or go fishing together. Parents tend to think they can only enjoy these activities with a child of a certain sex.

"But according to the state of the evidence so far, there's no biological reason why parents can't have the sort of bond and experiences they want with a child of any sex."

Dr Browne said the main issue was that people were equating sex with gender.

"When we look at Western research, the reasons for why prospective parents prefer to have, or wish to select, a child of a certain sex, reveal that they are not concerned with the sex chromosomes, genitalia or secondary sex characteristics of their future child, but rather with gender characteristics," she said.

"But there is no good evidence to support the idea that gender - basically understood as the socially constructed roles, behaviours, activities and attributes that a given society considers appropriate for men and women - is caused by one's physiological sex, and certainly not that these traits are hardwired to a male or female brain."

Dr Browne said sex selection was emblematic of society's rigid gender-roles that had to be confronted and dismantled if Australia was serious about achieving gender equality.

"Sex selection is not merely a symptom of gender essentialism but serves to perpetuate it," she said. 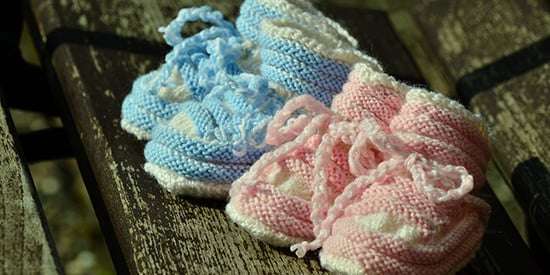 The secret to making working from home a happy, healthy place to be

How home office design impacts on wellbeing and productivity is being investigated in a new project that aims to identify the elements needed to create a happy work space.

A simple change in how public dental care is delivered could save millions in taxpayer funds and reduce waitlists that force disadvantaged Australians to wait years for treatment, according to new Deakin University research.