Society continues to value mothers over women who do not have children, but at what cost?

Media release
25 August 2015
How are women with no children faring in a society where being a mother, or not, continues to be used as a measure of a woman’s worth?

How are women with no children faring in a society where being a mother, or not, continues to be used as a measure of a woman's worth?

This is the question Deakin University health and social development researchers are looking to answer with their latest study into the experiences of women with no children.

"Our 2014 study into the experiences of women aged 25—44 years who had no children, highlighted the stigmatisation, stereotyping and exclusion these women experience," said Deakin PhD student Beth Turnbull.

"We now want to know what happens to women beyond the reproductive years, so are extending the study to explore the experiences of women aged 45—64 years."

While there has been a small, positive shift in attitudes towards women with no children in Australia as a result of more space, particularly through social media, for women to openly talk about not having children, Deakin health and social development researcher Dr Melissa Graham said their experiences are still often met with negative comments and criticism.

"We still have a long way to go in Australia before being a woman with no children is viewed publicly as an acceptable life path," Dr Graham said.

"Women with no children reported feeling stereotyped and judged by others, and that their reasons for having no children were often dismissed.

"While most of the women had university degrees and were in the upper middle or high income brackets, they reported having limited access to employment benefits and experiencing work-life conflict, such as being unable to take leave at Christmas, being refused carers leave, and being expected to work long hours, inconvenient shifts and weekends.

"However, some women also described actively building lives in which having no children was valued and affirmed, and having the freedom to contribute to society, including through volunteering, employment, helping family and friends and working with children."

The Deakin researchers are calling on women aged 45-64 years to add their voices to their latest study and share their experiences, both good and bad, of life with no children.

"By contributing their stories to the study, women will be adding to what we know about life in Australian society for women with no children, which could lead to the development of initiatives to enhance their connectedness and wellbeing," Dr Graham said.

Women wanting to participate in the study can complete the online questionnaire at https://www.surveymonkey.com/s/life-in-Australian-society-for-women-aged-45-64-with-no-children  For more information email Beth Turnbull b.turnbull@deakin.edu.au 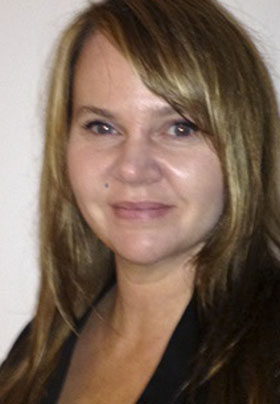