Media release
08 August 2014
Teens of today are being offered the power to potentially help map out the future shape and design of Australia’s capital cities.

Teens of today are being offered the power to potentially help map out the future shape and design of Australia's capital cities.

More than 1300 secondary students across Melbourne have a chance to become participants in a landmark Deakin University study that will assess how their neighbourhood influences their physical activity and eating patterns.

The findings of the research being undertaken by Deakin's Centre for Physical Activity and Nutrition Research (C-PAN) has the potential to inform new and redevelopment plans for inner and outer urban areas of Greater Melbourne and beyond.

Study co-ordinator and C-PAN researcher Alfred Deakin Professor Jo Salmon said the Neighbourhood Activity in Youth Study (NEArbY) will explore what teens eat and how they exercise and what impact their neighbourhood has on those behaviours.

"The NEArbY study will investigate the lifestyles of teens across Melbourne, from Frankston to Sunbury, Bundoora to Tullamarine and Werribee to Brighton," Professor Salmon said.

"The habits and diets of teenagers' changes as their autonomy increases and the influence of parents and families declines.

"As they gain greater independence, it is more likely that what they find in their immediate environments influences the health choices they make. It is during adolescence that their physical activity tends to decline and eating habits are formed that last their lifetime."

Analysing what teens eat, when they eat and what type of physical activity they undertake in their own neighbourhoods could provide a blue-print to future planning policy, encompassing education, urban design, access to public transport, physical activity and sporting facilities and healthy food shops, Professor Salmon said.

"One in three Australian adolescents are overweight or obese and exploring how their local neighbourhood environments can promote healthier eating and increased physical activity is critical to the current and future health.

"There is very little information about the streetscapes, sporting facilities, public open spaces or urban design features that are most important for promoting and supporting a young person's physical activity.

"Nor is there any evidence about how important access to healthy and unhealthy food is for their eating behaviour."

Professor Salmon, Associate Professor Anna Timperio and their team at C-PAN are leading researchers on how neighborhood built environment can influence physical activity and sedentary behavior among children and families. Professor Salmon is also a National Health and Medical Research Council Principal Research Fellow in C-PAN with a special interest in child and youth physical activity and sedentary behaviours.

"Some teenagers may live in suburbs that promote sport participation and active recreation and their local access to fruit and vegetables or soft drinks and snack foods can sway their eating habits," Professor Salmon said.

The study needs 1,350 teenagers aged 12-16 and in years 7 to 12 from a range of economic backgrounds and metropolitan Melbourne suburbs. They will come from at least 30 schools and will need to complete on online survey about their eating and physical activity.

The students will undertake a one-off class survey, and be fitted with activity monitors attached by a belt for a week. An optional component of the study could see them equipped with a GPS for a week and/or fitted with a monitor that assesses their sitting time for seven days.

"This will allow researchers to compare if Australia is unique or consistent with international trends."To sign up to participate in the NEArbY study, emailnearby@deakin.edu.au 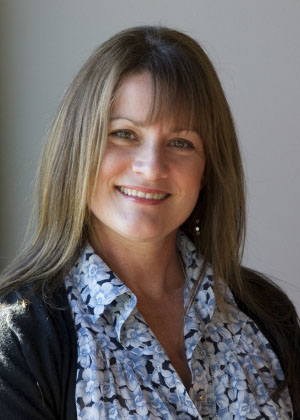