Video games might not be as bad for kids as we think, with new research showing interactive games like the Nintendo Wii can help non-typically developing children improve critical motor skills.

The research paper, published in the Journal of Science and Medicine in Sport, reviewed 19 studies that investigated whether the use of active video games could help children's development.

Project supervisor Dr Lisa Barnett, from Deakin's School of Health and Social Development, said the analysis showed active video games could have a positive effect for helping non-typically developing children improve their balance, a critical gross motor skill - as long as they were supervised.

Dr Barnett said there was also some evidence the games could aid the motor skill development of children with cerebral palsy.

"Not all children have the opportunity for typical development, with motor skills deficits a key characteristic of many developmental disorders, including for children with intellectual disabilities, Autism Spectrum Disorder, Down syndrome and Cerebral Palsy," she said.

"Switching to active video games might bring benefits to children in these groups.

"These games involve moving the body during play and often mirror the naturalistic settings of the particular activity or sport, helping kids to master a particular skill in a low-pressure environment."

"Children like playing video games, so this could be great opportunity to engage them in developing their gross motor skills in a fun way," she said.

"For many of these kids it’s also a way they can take part in a game with their siblings or friends on a more level playing field."

But Ms Page said the research indicated that for the full physical benefits to be felt, children needed to be guided in these activities.

"The best results came when children received guidance from professionals such as from physical therapists," she said.

"Our recommendation is that more research be done in the space, to allow an evidence-based approach in prescribing 'video game therapy' for non-typically developing children."

"We found that children with autism significantly improved their perception of motor competence after playing these games," she said.

"This might encourage more of these children to participate in sport, which we know can have huge benefits both physically and mentally

"It's important that all kids can join in on the playground, and that means helping them to establish the ABCs of movement, gross motor skills like balancing, running and jumping." 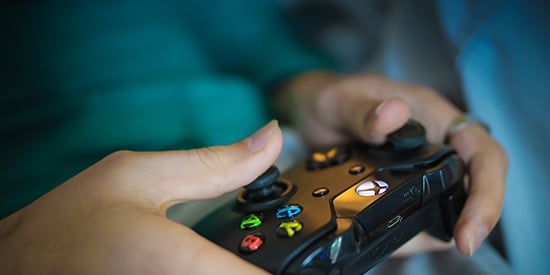