New Deakin research has confirmed the link between alcohol and other drugs and domestic violence, showing heavy binge drinking doubles the risk of family or intimate partner violence.

The study, Alcohol/Drug-Involved Family Violence in Australia (ADIVA), was completed by researchers from Deakin's School of Psychology and funded by the National Drug Law Enforcement Fund.

The three year research project surveyed more than 5000 people and analysed police data from across the country, finding those who reported their partners engaged in heavy binge drinking were nearly six times more likely to report their partners had been violent towards them.

Lead researcher Professor Peter Miller said alcohol related incidents were also more severe, and much more likely to involve physical violence, and result in physical, psychological, or emotional injury, than those where no alcohol was involved.

"Heavy drinking was also found to be associated with increased levels of coercive controlling behaviour, which includes emotional, psychological, and physical abuse of a partner," he said.

"While drug use was only involved in a small minority of cases (10.5 percent), illicit drug users were almost three times more likely than non-users to report recent violence."

Professor Miller said the study also investigated the finer details of violence, through studying coercive controlling behaviour inside the home.

"Nearly half of respondents had a partner who engaged in high levels of coercive controlling behaviour toward them, and 66.8 percent of respondents reported behaving towards their partner in this way," he said.

"More than half of respondents who engaged in high levels of coercive controlling behaviour reported drinking at hazardous levels.

"The three most frequent coercive controlling behaviours respondents and partners engaged in were provoking arguments, shouting or swearing, and being jealous or possessive.

"This can play out when victims are under extreme stress, events like pregnancy, stress and lack of sleep have a big impact in the early stages of a relationship, then alcohol and drugs become fuel to the fire."

Professor Miller said after ensuring victim safety, the key way to address the issue was to identify the risk factors involved in offending behaviour, including mental health and substance use problems alongside their issues with violence.

Key ideas for solutions put forward in the report include:

Co-investigator Richelle Mayshak said an important finding in the ADIVA report was that more than half the alcohol consumed in a family violence incident was bought between 500m and 10km of the home.

“This shows supermarkets have a much wider footprint on violence in our community than was thought,” Ms Mayshak said.

“This becomes important when we look at our governments and regulators allowing yet another large bottle shop in suburbs that already have a high level of domestic violence.” 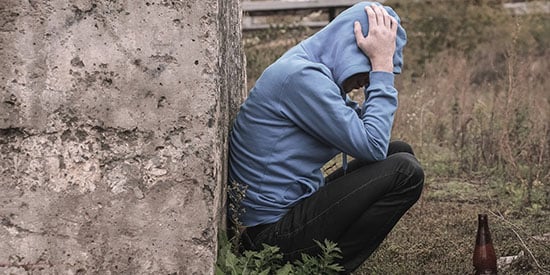