A strong belief in fate can have a significant negative effect on your marriage, according to a new study from Deakin University.

The study crunched survey data from thousands of Australian couples to show that those who felt a strong sense of personal control over their lives were far more satisfied in their marriage than those who put a greater emphasis on fate and destiny.

Lead researcher Associate Professor Wang Sheng Lee, from Deakin Business School's Department of Economics, said he wanted to look at how the idea of 'locus of control' affected marital satisfaction.

"Locus of control is a common psychological term to refer to whether a person believes their life is more under personal internal control or more greatly influenced by external forces such as luck, fate or powerful others," Associate Professor Lee said.

"Earlier discussion on this topic has generated two alternate ideas. First, that you will be more satisfied married to someone similar to you because you share the same worldview. The second is that if you are more internally oriented you will be a better problem solver in your marriage and therefore happier.

"This Deakin study tests these hypotheses with a large, nationally representative group of couples over the course of a marriage, while controlling for factors like age, education, employment status, number of children, weekly housework hours and the 'big five' personality traits.

"An important component of this study is that we examine the link between marital satisfaction and locus of control using information from both the husband and the wife. With a large sample, this allows us to more convincingly answer questions such as whether sharing the same worldview is beneficial, and whether your locus of control or that of your spouse is more important for a happy marriage. It means we can also provide answers from the perspective of both men and women."

The Deakin study used data from the Household, Income and Labour Dynamics in Australia (HILDA) project, collected from more than 7600 households between 2001 and 2017. It drilled down to households that included a married heterosexual couple between 20 and 55 and specifically looked at questions they were asked about marital satisfaction and locus of control.

The study found that:

"This is a particularly pertinent finding for couples considering marriage in the future because locus of control doesn't generally change much over time, unless one makes an active effort to do so, for example via therapy," Associate Professor Lee said.

"Having couples both take this test pre-marriage could be an efficient part of preparatory counselling. This will allow couples to go into marriages with their eyes wide open and have a better idea of what to expect, based on the orientation of their partner and their own locus of control."

"We found that there is more disagreement regarding how household decisions are made for couples in which one partner is external and the other is not," he said.

"There are other benefits of being internally focussed too. Other related research suggests that those with an internal locus of control have better academic performance, health behaviours, wellbeing at work, and labour market success in general."

'Locus of Control and Marital Satisfaction: Couple Perspectives using Australian Data' was recently published in the Journal of Economic Psychology, and co-authored by Professor Terra McKinnish from the University of Colorado, Boulder. 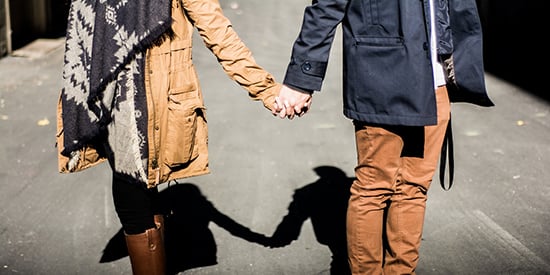