Two years of Trump: Deakin US politics expert looks at the state of the States

At its two-year mark the Trump presidency can be seen as mixed to disastrous across a range of criteria, according to Deakin School of Humanities and Social Sciences US politics senior lecturer Dr Zim Nwokora.

This Monday 21 January marks two years since the 2017 inauguration of US President Donald Trump. Dr Nwokora, Unit Chair for Deakin's Government and Politics of the United States unit, said it was fitting that the second anniversary of the Trump presidency was being marked by the ongoing crisis of the US government shutdown.

"Currently, the US government is in partial shutdown, with hundreds of thousands of federal employees effectively cut adrift from their workplaces and regular paycheques," he said.

"The negotiations between Trump and Democratic leaders in Congress appear to be going nowhere, and the new Speaker of the House has just proposed a delay to the State of the Union address, in what is perhaps the first time in living memory that a Speaker has made such a suggestion.

"All of this is just what's happening in the foreground – in the background we still have the looming potential mega-crisis that is the Mueller investigation, the law enforcement and counterintelligence investigation of the Russian government's efforts to interfere with the presidential election."

Dr Nwokora said the anniversary was time to reflect on how the Trump presidency had progressed, and what it portends for the state of American democracy and the future for US allies such as Australia.

"How do we make sense of all this?" he said.

"It's helpful to have some benchmarks in mind when assessing the presidency, and a framework that's sensitive to the context in which the president operates and the problems they must attempt to tackle.

"By that criteria, issues such as the state of US democracy and responses to climate change under this administration have been disastrous, while America's standing in the world and the dignity of the Office of the President is extremely poor.

"Even on his signature policy achievements, Trump's results have been mixed. Certainly, from a partisan standpoint there have been some successes – tax cuts; withdrawal from the Paris climate agreement; reduction of regulation in several policy areas, including in oil and gas exploration.

"However, even for Trump partisans, it's noteworthy that the president still hasn't delivered on some of his most eye-catching promises, such as the wall on the Mexican border, term limits for members of Congress, locking up his political opponents, and the release of his tax returns."

Dr Nwokora said Trump had proven himself to be arguably the most divisive president ever.

"Like most US presidents, Trump advertised himself as a 'uniter-in-chief'. In fact, he has turned out to be one of the great dividers," he said.

"While presidents may pursue different goals, most observers would agree that great presidents treat their responsibilities seriously – they bring dignity and respect to the institution, understand their role in the government system and act accordingly.

"By this standard, Trump has lacked traditional presidential style. His manner is abrasive, impulsive, and often rude. Rather than interacting with fellow politicians and journalists in a way that gains their respect and fosters civility, Trump annoys not only his political opponents but also, some accounts suggest, many elite Republicans in Washington, including in the White House."

Dr Nwokora said two years of the Trump presidency had also impacted Australia and other US allies.

"It's clear that the Trump presidency has exacerbated some of the serious tensions of Australian foreign policy, in particular how to balance the strategic rivalry between the US and China," he said.

"Just as importantly, the US is drifting further away from the pre-existing international consensus on issues such as climate change, giving licence for other countries, including Australia, to do less.

"The domestic political environment in Australia has probably also been affected by the rise of Trump, with populist undercurrents strengthened and arguments for liberalism, tolerance and internationalism under serious challenge." 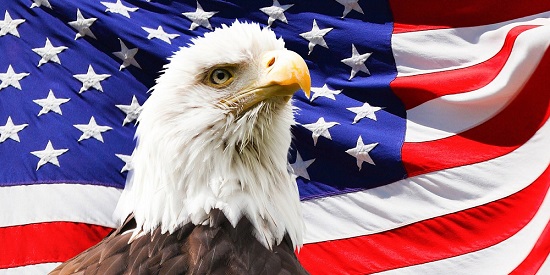