The United States is failing to afford children their most basic rights and is intentionally depriving them as a means of pushing hard-line immigration policy, according to a Deakin children's law and international human rights researcher.

Deakin Law School lecturer Cassandra Seery said the Trump Administration's zero-tolerance border policy, which sends refugee and immigrant parents into detention and separates them from their children, was the latest example of the US's broader resistance to acknowledging the existence of child rights.

"Despite being a nation that champions individual rights, the US has shown a chronic reluctance to afford children their most basic rights, and remains the only country in the world to fail to ratify the 1989 UN Convention on the Rights of the Child," Ms Seery said.

"The Convention is the most widely ratified international human rights convention in the world – however the US only endorsed the treaty in principle while failing to commit to be legally bound by it, with some opponents arguing ratification would usurp US sovereignty and others claiming the Convention would infringe on parental rights."

Ms Seery said the Convention provided a clear framework for governments to assess the impact of their policies on children and outlined a suite of universal child rights such as the right to non-discrimination; the right to life, survival and development; the right not to be separated from their parents; and the right to have a say in matters that affect them.

"The US child separation policy conflicts with a number of rights protected by the Convention, including the requirement that governments respect a child’s right to family ties; that children should not be separated from their parents; and that children who enter a country as refugees should have the same rights as children who are born in that country," she said.

"By actively exploiting the vulnerability of children and intentionally targeting children as a method by which to implement US policy – rather than using state power to protect them – the Trump Administration has signalled an intention to actively undermine child rights in the US."

Ms Seery, who has worked on Victorian legal and social policy in portfolios focusing on Aboriginal and multicultural affairs, justice, family violence and vulnerable children, said removing young children from their primary caregiver caused long-term psychological harm and should only ever be considered as a last resort.

"It is baffling that the US would be so reluctant to acknowledge the existence of rights for arguably the most vulnerable members of society," she said.

"Moreover, should this current strategy prove to be successful in deterring immigration, it has the potential to set an alarming precedent by which all children can be used for political gain.

"The recent actions of the Trump Administration demonstrate that the ratification of child rights in the US has never been further away." 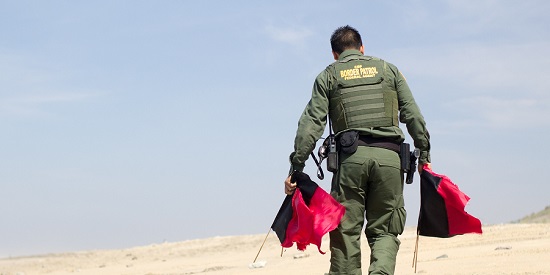