US risks 'superpower' status by pulling WHO funding: Deakin experts

Deakin global governance experts say the US decision to cut funding to the World Health Organisation (WHO) will not cause major disruption to global COVID-19 efforts, but will displace the US' global position in the eyes of the world while setting a risky nationalist tone.

Associate Professor Max Kelly and Professor Viktor Jakupec, both experts on international and community development from Deakin's School of Humanities and Social Sciences, say the move could see a shift in the world's "superpowers", with the US relinquishing its position.

"Whether or not intended, to the rest of the world this says that we shouldn't look to the White House for responsible global leadership, creating a vacuum which could be filled by Europe, but more likely by China and its allies," Associate Professor Kelly said.

"Irrespective of who fills the void, global governance is critical to minimise the long term impact of this pandemic for all countries - not just the wealthy and more developed."

Until now, the US was the biggest contributor to WHO's $4.85 billion dollar budget, accounting for 14.7 per cent.

"The second biggest funder is the Bill and Melinda Gates Foundation at 9.8 per cent, followed by GAVI at 8.4 per cent and the UK at 7.8 per cent. Australia provides a rather paltry 0.75 per cent of WHO's total budget," Associate Professor Kelly said.

"Based on the above figures, President Trump’s estimated $58 million to $400 million withdrawal of funds is unlikely to have a significant impact on the WHO's operation."

Professor Jakupec believes filling the monetary gap left by the USA is unlikely to be a problem, acknowledging the WHO is generally underfunded.

"Already we've seen more money committed to WHO in response to the pandemic – the Bill and Melinda Gates Foundation has committed an extra $150 million, the UK $200 million, and the Republic of Ireland has committed $10 million. Potentially other countries will follow suit," Professor Jakupec said.

"This isn't the Trump Administration's first attack on global governance. UNESCO, Paris Climate Agreement and the UN Human Rights Council have all been snubbed by the US, with no real effect on the organisations or their governance – but has added to America’s demise as a global superpower."

The experts say the biggest fallout could be when the virus hits less developed regions, particularly Africa, if wealthier countries put their national interests ahead of the global good.

"When essential supplies – including the possibility of a vaccine and treatments – become available, a bidding war and priority of supplies to wealthy countries will have catastrophic consequences for poorer countries, particularly in sub-Saharan Africa.

But this is also likely to rebound on wealthier countries, as the virus is likely to return to their people and is one of many reasons why it is important they support the WHO.

"If the US focuses on its own domestic situation, without considering how it can help mitigate the spread of coronavirus in other parts of the world, it risks COVID-19 further harming Americans financially and physically.

"Ultimately, investment in the WHO and its work to manage this pandemic will swing back with full circle benefits for all nations." 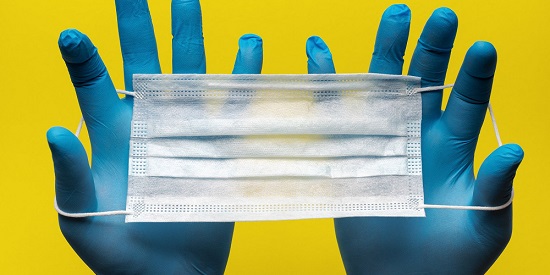