The latest Australian Unity Wellbeing Index survey, conducted by Deakin University, examines the influence of retirement on Australians' personal wellbeing, finding retirees reported their wellbeing at an average of more than 80 points - significantly higher than non-retirees at 76 points.

This was consistent across all survey categories except for 'health', which was lower and 'personal safety', which was ranked similarly to non-retirees.

Overall, results suggest that Australian retirees are generally feeling content and satisfied with their lives.

The report's author, Associate Professor Delyse Hutchinson from Deakin's School of Psychology, said while the survey doesn't examine the reasons for the responses, personal wellbeing appears to increase with age, with some of the happiest Australians aged 65 and over.

"It would seem that retirees' wellbeing is closely connected to their relationships and interactions with others," Associate Professor Hutchinson said.

"This positive connection with others would tend to offset their lower satisfaction with 'health', which declines as age-related ailments set in."

Associate Professor Hutchinson said that the survey findings identified factors that predict wellbeing in retirement and that may have the potential to offset the decrease in wellbeing.

"For those transitioning into retirement, promoting wellbeing through 'achieving in life', 'personal relationships' and 'personal safety' is likely to promote higher wellbeing in retirement," Associate Professor Hutchinson said.

"It appears that people in regional areas feel more connected to, and safer in, their local communities, which is in turn linked to improved life satisfaction," Associate Professor Hutchinson said.

The full report can be viewed at: http://www.acqol.com.au/publications#reports 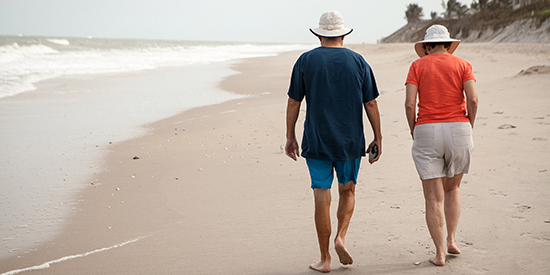 New research by Deakin University and the Murdoch Children's Research Institute (MCRI) has put a spotlight on how adolescent girls' relationships with their parents can later affect their bonding experience with their own children.

I play, you play, we AllPlay: Deakin kicks goals for kids with disability

A new Deakin University program is helping children of all abilities be part of AFL Auskick in 2017, with researchers to monitor their progress as part of an investigation into the benefits of physical activity for young Australians with a disability.