Deakin scientists have discovered that pregnancy causes long-term changes to the way women's genes behave, which could impact the future health of them and their children.

The findings of a recent study from Deakin's Centre for Cellular and Molecular Biology, within the School of Life and Environmental Sciences, showed women experience major molecular changes during pregnancy that could remain with them well after their pregnancy has ended.

The changes are "epigenetic" – meaning they are not a mutation of the gene's structure, but a change to how genes behave.

Centre Director and lead researcher Professor Leigh Ackland said that while pregnancy was a critical period of hormonal changes, very little was known about epigenetic changes associated with the reproductive cycle.

"This study highlights how the physical effects of pregnancy are ongoing, and how once you go through pregnancy your body is altered at the most microscopic level," Professor Ackland said.

"We now believe the physiology of both mother and child undergoes changes during pregnancy that may have significant implications for their future health.

"Long-term epigenetic changes have previously been associated with the development of diseases and chronic vascular dysfunction – problems with arteries, veins and circulation."

"Women come out of pregnancy with different genetic behaviour than they had going in," she said.

"We show that epigenetic changes are a normal part of pregnancy – as you go through pregnancy, you get these alterations in your cells, most likely as a consequence of hormonal changes."

Professor Ackland said a significant finding was that women with type 2 diabetes had different epigenetic profiles than non-diabetic women, and their profiles underwent different changes during pregnancy.

"Pregnancy-induced epigenetic changes could lead to complications among these women with diabetes, such as downstream effects that may contribute to insulin resistance as well as high risk pregnancy outcomes," she said.

"Long-term epigenetic changes lead to increased risks of disease for the next generation – studies have shown the offspring of women with diabetes have an increased risk of developing obesity, glucose intolerance and type 2 diabetes."

Professor Ackland said further research would be needed to determine the full extent of the long-term impacts.

"The epigenetic changes that occur in pregnancy most likely have both positive and negative effects on future health," she said.

"But we know that maternal malnutrition and other adverse events in pregnancy can cause problems for the next generation due to epigenetics."

The research follows a study Professor Ackland and her team released in 2016 mapping how the epigenetic profiles of pregnant women could help identify those at the greatest risk of developing type 2 diabetes.

"Identifying the markers that predict conversion from gestational diabetes to type 2 diabetes provides the potential to screen for women at the highest risk, who could then be targeted earlier for lifestyle interventions," she said.

The study "Transient epigenomic changes during pregnancy and early postpartum in women with and without type 2 diabetes" has been accepted for publication in the Epigenomics journal. 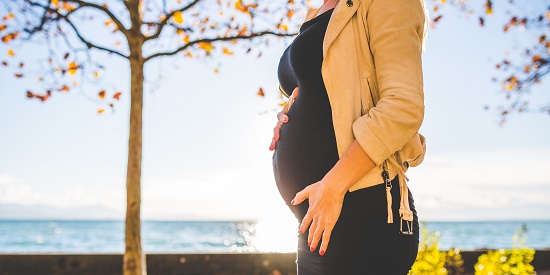 A new 'Fitbit for biomechanics designed by Deakin University researchers is changing the lives of Australians from Parkinson's disease sufferers to golfers and horse trainers.