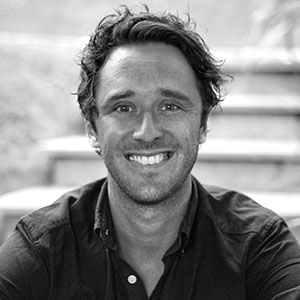 Master of International and Community Development

Aaron's time in the military inspired him to pursue a course in international development to become a change maker in the world.

What has been your journey since finishing your course? Briefly outline your career path prior to your current role.
I graduated in 2008, and then moved to East Africa to lead an orphanage in a Kenyan village, and then a secondary school for at risk youth in a Tanzanian township. Following this I co-founded the international development organisation Spark* International which is an accelerator for start-up impact ventures (known as YGAP in Australia), and the education innovation organisation Education Changemakers which works with 25,000 educators each year across the globe.

What has been the biggest influence on your career?
The students of the school that I worked at in Tanzania in 2008. They taught me that the best solutions to poverty rarely come from outsiders like me, but instead almost always emerge from local leaders with local solves for local problems.

Have you always wanted to pursue the kind of career you have embarked on? If so, when and how did you realise?
I was in the military from 2001 to 2007 and following active service and time on United Nations operations I became very interested in international development. The course at Deakin came at a perfect time for me.

What advice would you give graduates wanting to pursue a similar profession?
I think there is huge power in entrepreneurship, identifying challenges in the world and innovating new solutions to them. Rather than moving through the ranks at an established organisation, consider starting your own business to put a bigger dent in the universe, faster.

What do you believe Deakin University has shown you/given you as a person?Deakin gave me the academic tools and insights I needed to propel me into the impact work I now do.

What are your passions outside your work?
I am passionate about traveling to places that are less frequently visited by tourists, and inspiring others to do the same.

How would someone describe you?
Ambitious, impatient and a believer in the power of many over the individual.

Is there any advice you would give to a person who is starting out in your career?Have the courage to end your apprenticeship. Training to move into a career through degrees and internships is great, but at some point you need to get to work and back yourself.

What’s your favourite website?
The New York Times. I believe where ‘truth’ is becoming harder to find, that it is important to support good investigative journalism.

What is something that amazes you?
The grit and resilience shown by the impact and education innovators that I am part of helping across the world.