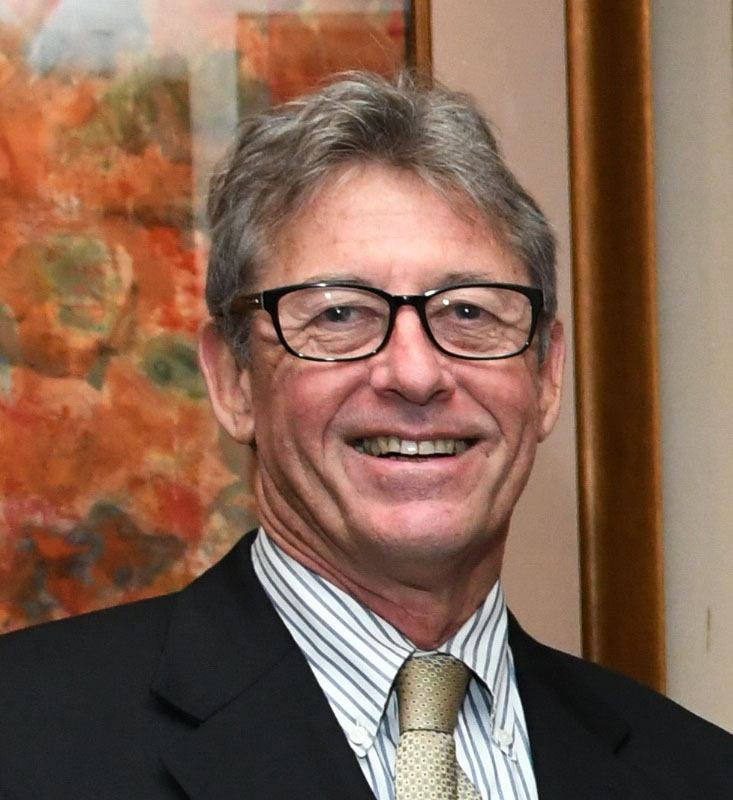 Despite studying to become a journalist, Ian Cummin's participation in Deakin life, including becoming President of the Student's Association, lead him to a successful career in HR.

Can you tell us about your time at Deakin? Is there anything you especially remember?
Meeting my wife, Susan at the inaugural Deakin Student's Association celebration in 1977. As President of the Student's Association, being thrown into the Geelong city fountain during an outstanding flour bomb fight. Some of the articles we wrote (invented) for 'The Planet' e.g. the scientific link between surfing and male impotence. I also remember the late Professor Fred Jevons AO, inaugural Vice-Chancellor of Deakin University.

What has been your journey since finishing your course? Briefly outline your career path prior to your current role.
In 1978, I started with Ford in their graduate program, in HR.  I moved to Industrial Relations with Comalco, then to John Holland.  From there to Darwin with the Northern Territory Electricity Commission heading HR and I returned to Melbourne to join ICI Australia as GM HR. I joined Southcorp in 1995 as EGM HR and Corporate Services. After leaving Southcorp, I started a consulting business in 2001 specialising in post-merger integration and performance. Towards the end of 2002, I joined BlueScope Steel as head of People and Organisation Performance (HR, Corporate Affairs, Safety and Innovation). I moved to Singapore with BlueScope in 2014 and stepped down from my full-time role in 2016 to concentrate on holiday property investment on Magnetic Island, North Queensland.

What has been the biggest influence on your career?
Accepting responsibility and the risks involved in significant organisation change.

Have you always wanted to pursue the kind of career you have embarked on? If so, when and how did you realise?
My intention was to become a journalist, but my extracurricular role as President of the Student's Association and member of the Deakin University Interim Council led to the pre-graduation offer from Ford to join their graduate program. I hadn't anticipated a career in HR and it seemed to have more career potential than journalism.

What advice would you give graduates wanting to pursue a similar profession?
HR is a core business performance function, not a 'feel-good, soft-serve' function. Developing an appreciation of what it takes to motivate people to engage in positive discretionary effort is essential. This understanding can be brought to the business table faster when augmented by knowledge of other core business functions - such as finance, operations and sales. The HR function uniquely enables learning exposure to these other core business functions. Experienced people are generous with their knowledge if treated with the respect they have earned - make the most of the opportunity. Remember that there is no such thing as a dumb question (but there is a dumb time to ask it).

What do you believe Deakin University has shown you/given you as a person?
I started at the Gordon Institute (antecedent to Deakin), and dropped out after failing Literature - my attempt to pass without reading a book proved unsuccessful. I re-enrolled after learning that Deakin would take over. The freedom to engage in a new university model - more open and 'red brick' - was energising, both personally and academically.

What are your passions outside your work?
I have recently joined the Maritime League for the Insane - the only pre-requisite is the ownership and maintenance of two boats.