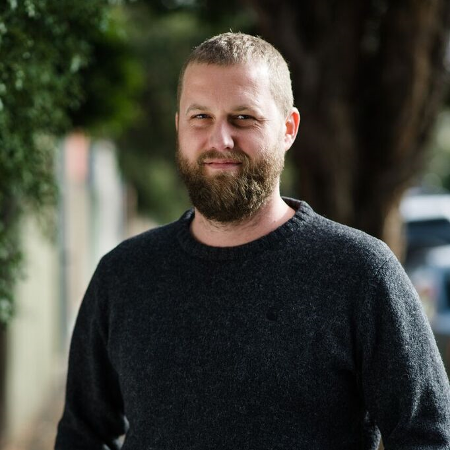 John is the founder and CEO of the global company Hecate. He has significant web development and engineering management experience which has led to his own startup business. He believes in a well-rounded education and says

‘There’s a lot of value in being the person in the room who understands the computers and the people’.

Other than the memory of many, many hours spent in the library basement computer labs throughout my degree, the thing I remember most is the compulsory ‘no computer’ electives I took. At that stage I thought they were a waste of time, but the extra exposure to people and ideas outside of computing definitely gave me an edge over more narrowly trained engineers I’ve met throughout my career. I chose to study Foreign Relations.

I initially fell into a job as a C# developer at MyCareer – now defunct, but back then, the second biggest job board in Australia. After a brief stint in Europe, I then switched over to working with Ruby on Rails and joined Envato as a developer – now one of the world’s largest digital marketplaces. As Envato grew, I was promoted to lead the engineering team through their early growth years.

After this I co-founded a start-up with some friends that failed after a couple of years. I re-joined the workforce then at 99designs where I took the lead of their engineering team for a few years.

What is your current working position?

Founder and CEO of Hecate, a company building GitHub applications to help software engineering managers do their jobs better. It’s an early stage start-up currently running within the Startmate accelerator – one of Australia’s leading start-up programs.

What are you most proud of in your career journey?

Building up the early version of the development team at Envato. When I left the company the team was around 12 engineers, and now that number is closer to 100 and still going strong.

Seth Yates, my boss at MyCareer, has been the biggest influence. Other than the obvious influence in giving me a shot fresh out of school, he set such a high standard of technical and business acumen I’ve been trying to live up to ever since.

I don’t think I ever planned to become an engineering manager. At high school I wanted to be a visual artist but I also enjoyed programming, and my Mum convinced me it would be the smarter economic decision.

After Deakin, I kind of fell upward into leadership. I’m not the kind of person who can stand by leaving jobs undone and it turns out doing all the behind the scenes work for a team is a great way to be put in charge of it.

Invest equal effort in building both deep technical expertise and a broader, humanistic perspective. There’s a lot of value in being the person in the room who understands the computers and the people – probably more than being an expert in either one alone.

Have you faced any particular challenges along the way?

The tail end of my degree and entering the workforce was definitely a tough time. The dotcom crash had only just passed when I was looking for work and companies were only just getting confident with the Internet. It’s a much brighter time for programming students now!

For the past couple of years I’ve been really into bouldering – indoor and outdoor rock-climbing without ropes at low heights. It’s excellent for mental focus and keeping me fit despite the many hours spent at the desk.

Curious and stubborn. I haven’t found a question I’ll ignore or a fight I won’t pick.