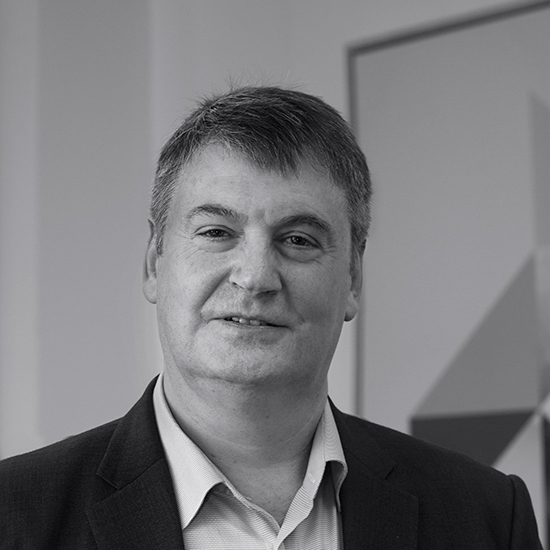 Kym returned to postgraduate study 30 years after he completed his bachelor’s degree, and has an international executive career, include Asia Pacific roles and country CEO roles with large multinational organisations.

Deakin is unpretentious, friendly and an inclusive university. I found lecturers and support people friendly and willing to help. I give full credit to those warriors in the library, so patient, so supportive. It made the harsh reality of the massive workload of doing two masters degrees a lot easier.

Having lived in Asia for 16 years, I liked the international favour that Deakin has and think that international exposure for Australians is important as we are part of a bigger world.

I would encourage any postgraduate student to undertake residential courses at Waurn Ponds. The facilities are state of the art and while it’s a pressure packed 6–7 days, you get to know the lecturers and fellow students quite well, which helps for future subjects.

I never had a bad lecturer, all were very good, highly committed to their crafts and having desire to impart knowledge. Nothing is perfect, and I think at times students expect the university to be perfect at all times. At the risk of leaving people out, the exceptional lecturers for me were Steve Jaynes, Amanda Allisey, Jon Billsberry, Mike Bengough and Michael Stewart to name a few.

I have come away with good friends (fellow students) forged in the melting pot of study stress and assignments that I wish to maintain in future. I undertook audacious leadership which was crewing a tall ship for six days in the Tasman Sea with 17 other Deakin students with no showers, nor suitable sleep and you see people at times of high stress that bonds you to them for the future.

I also highly recommend the career advice of Nicole Corner, very experienced, professional and emphatic to your situation.

What has been your journey since finishing your course? Briefly outline your career path prior to your current role.

I’m in the second half of the 50 to 60 age bracket, and I semi-retired at 52 from an international executive career, which included Asia Pacific roles and country CEO roles with large multinational organisations. The undertaking of post graduate study was part of doing what I didn’t get time to do while working.

I now sit on a number of boards and advisory boards and consulting in leadership, strategy and M&A to organisations. I also mentor people, including various Deakin graduates.

Doing what I enjoy doing, working with good people and working for ethical organisations that have purpose, other than the single-minded pursuit of economic return. And family of course.

I grew up in a country town, so I wanted to move away after leaving school. I never envisaged living overseas until I started working for a multinational when I was 26 years old and started travelling into Asia from Australia. It was that experience that made me realise that I wanted to live in an overseas country, subject to family needs and wants.

Be patient, work in base roles to learn your craft. Being promoted quickly can feel great, but in later you career, the lack of base knowledge and skills starts to show up. I have worked with too many people who had glaring skills holes because of being promoted too early.

Do the hard stuff: I found myself in many a difficult situation to resolve for the organisation because others would try and avoid the negative stuff and leave me to resolve it. I found that I learned from these situations and that others started to see me as a person who can be relied upon. I haven’t had many jobs, but the jobs I have had have come from referrals, not seeing recruiters.

I would seek out organisations that allow you to achieve your goals and find ways to attract their attention. Don’t be scared to ask for help or to ask people for a favour. Most people are more than happy to help someone else.

Be persistent, don’t give up and remember don’t take criticism to heart, rather look at it as advice that you can choose to listen to or not.

A better understanding of myself, better tolerance of others, and stronger self confidence that at my age that I can still learn and at the pace and quantity of others younger. A sense of belonging and a network of people who I didn’t have exposure to before.

How would someone describe you?
I’m not sure, I would assume it to be, honest, straight shooter, humble, driven, with a strange sense of humour.

It’s about mindset and determination. Be very determined and don’t expect free rides, nor have an attitude that you are owed something. There is no substitute for hard work and see setbacks as learning experiences.

Never submit to the will of the crowd, be yourself no matter what the political cost, and always have integrity as it is easily lost and always very difficult, if not impossible, to build back once it is lost. Remember people always are watching even if you don’t realise it. Politics exists in every organisation in various forms, don’t avoid it, but understand it and don’t partake.

Seek out a trusted mentor and even have a few mentors who can give impartial advice when you need it.

Ask questions, be interested in others, rather than looking to always impart knowledge, true wisdom is knowing that you don’t know everything. You learn more by listening and asking, then telling and talking. Be aware of your impact on others.

Put down the phone and look people in the eye, be present and aware of what is going on. Sending a text isn’t the same as having a conversation with them.

Avoid it’s ‘about me’ and seeking personal glory and attention, rather look to support others. My personal hatred is ‘big noting’ on social media with the words ‘I’m humbled and delighted to be awarded …’. People prefer to work with those who they trust, not those in it for themselves.

Always look to help those around you and don’t expect it to be returned, in the long run it is.

Never act when angry, I have as others have, responded with emotion to emails and conversations that you later regret. If you are angry, either wait until you are calm, or type the email response and don’t send until you can read it the next day. You will be surprised that you never send the email. If it’s a conversation, delay it until a better time.

Try to work out your biases so you can make better decisions, pre-judging people because of the way they look, sound, ethnicity, religion, race etc. is very foolish and it’s you who loses in the long run.

Look to be uncomfortable by learning and doing new things. Remember the world is changing quickly and if you aren’t learning, you are in fact going backwards.

Be humble. The world doesn’t need another braggart.

People. Amazing ideas and results can be achieved if you allow people freedom and support to achieve. Mistakes will be made, but mistakes are necessary for learning and innovation.

Is there anything else you’d like to add we haven’t covered?

There is too much focus on short term achievement and results that is too attached to people’s self-identity. Social media is an example of this and the need for people to have likes etc.

You need to make mistakes to truly learn, and if you are avoiding making mistakes, then you aren’t pushing the boundaries of discovery.