Researchers from CMMR and IMPACT have been awarded NHMRC Fellowships to further their work on new ways to treat two of the world’s most taxing health issues.

Deakin University researchers working on novel treatments for malaria and depression have received funding worth a total of more than $1m in National Health and Medical Research Council (NHMRC) Fellowship grants.

Professor Tania de Koning-Ward, from Deakin’s Centre for Molecular and Medical Research (CMMR), has been awarded an NHMRC Senior Research Fellowship to continue her ongoing work into the “Plasmodium” parasites that cause malaria – one of the most devastating infectious diseases globally. Her goal is to identify new strategies for drug and vaccine development.

Both researchers will lead five-year projects that build on their existing research.

Professor de Koning-Ward has been researching malaria for almost 20 years. She and her team at CMMR are focusing on unravelling how the “Plasmodium” parasite remodels and subverts host cells to cause disease.

Earlier this year, the team pinpointed a new way to kill the malarial parasite.

In order to thrive and survive, the malaria parasite alters its red blood cell host using proteins that it exports into the cell.

Among other things, these proteins enable the parasite to evade the body’s immune response and make the red blood cell porous, allowing essential nutrients to enter the cell and feed the parasite’s growth.

“To export their proteins into the host cell, malaria parasites establish a unique trafficking apparatus called the ‘Plasmodium’ translocon of exported proteins, or PTEX,” explained Professor de Koning-Ward, who was involved in the “paradigm-shifting discovery” of PTEX in 2014.

During her Senior Research Fellowship, Professor de Koning-Ward hopes to discover more about the mechanisms by which “Plasmodium” export the proteins.

“We know that PTEX serves as a central nexus for protein export and our next step is to understand how it assembles and exports protein cargo to unravel how PTEX function can be disrupted with drugs,” she said.

Professor de Koning-Ward’s project will also analyse how malaria parasites alter the permeability of their host cells in order to access nutrients, building on her team’s discovery of some of the molecular components involved in this pathway earlier this year.

“Knowing the molecular makeup of the permeation pathways is crucial in determining how nutrient uptake can be interfered with, and will provide insight into whether the parasite can modify these pathways to inhibit uptake of particular drugs and toxic compounds,” she said.

Professor de Koning-Ward will also use her Fellowship to analyse malaria infections from the host’s perspective to understand why some people are more susceptible to malaria disease than others, with the aim of investigating whether various signalling, immune and trafficking pathways in the host can be manipulated to protect it against these deadly parasites.

IMPACT’s Dr Olivia Dean, whose research focuses on biologically-based approaches to treating symptoms of depression, believes the need for new treatments is clear.

“Conventional antidepressant therapy often leads to only partial recovery for some people seeking treatment,” she said.

“The ‘monoamine’ hypothesis of depression, based on observations of decreased brain serotonin and noradrenaline in people with depression, has historically formed the basis for research and treatment of depression.

“However, since this hypothesis was first proposed, several complimentary hypotheses have been put forward that offer reasons why not everyone with depression responds completely to traditional treatment.

“There is evidence to suggest that people with major depressive disorder have increased levels of inflammation in their body. These new hypotheses, which include immune inflammatory theory, provide new avenues for exploring further biological treatments.”

Dr Dean and her colleagues recently conducted a world-first clinical trial that found a common, broad spectrum antibiotic used mostly to treat acne could improve the quality of life for people with major depression.

She has also been leading a clinical trial using the rind of the tropical fruit mangosteen for treatment of depressive symptoms.

Dr Dean’s research during her NHMRC Fellowship will continue her work in developing effective, biologically-based treatments for depression and indentifying new therapeutics for further clinical trials.

“By testing novel therapies, exploring biological correlations between treatments and symptom improvement, and exploring preclinical models, I hope to further our understanding of the physiological processes of depression,” she said.

“In the longer term, the information generated by the research could further the design and development of next-generation antidepressant agents, and explore mechanisms underpinning depression, ultimately working towards prevention.” 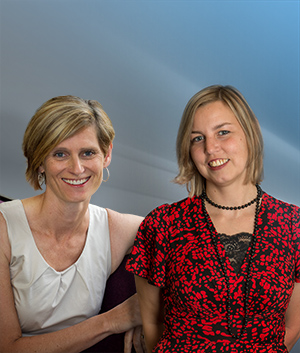 The University's research trajectory has reached a new peak, with six academics being ranked within the world's top one per cent.

There are 20 Alfred Deakin Postdoctoral Research Fellowships available, to support and develop early career researchers in any area of research strength at Deakin University.