Gold standard for measuring what we eat

A new way of assessing dietary intake is a game changer for nutrition research in Australia.

A freely available, web-based software tool that enables the collection of automated and self-administered 24 hour dietary recalls and food diaries is now available to researchers around the country.

ASA24-Australia-2016 was developed through a collaboration between the US National Cancer Institute and five Australian organisations, including Deakin University, with funding from an Australian Research Council Linkage, Infrastructure, Equipment and Facilities grant.

An Australian-specific version of the original ASA24 system developed by the National Cancer Institute, the tool can be used by researchers for epidemiologic, interventional, behavioural or clinical research to record and analyse the dietary intake of participants. It can also be used to test the effects of dietary interventions.

“It also opens up opportunities for cross-country collaborations, as it mirrors tools available in the US and Canada.”

“Because it’s web-based, it’s easy for participants to record what they’re eating using their computer, mobile phone or tablet,” she explained.

“For researchers, the big advantage is that the system automatically codes the information, rather than requiring a dietitian to go through every food and manually match it to the food composition data base.

“Within a very short time you can produce a detailed assessment of participants’ food and nutrient intake.”

“And if we’re going to develop interventions that actually help people move towards healthier lifestyles and reduce the impact of obesity, diabetes and other chronic diseases, we need good tools to evaluate those interventions.

“ASA24-Australia-2016 will help us understand what the population is eating and then assess whether the interventions that we design are actually making a difference.”

Associate Professor McNaughton first heard about ASA24 when the National Cancer Institute began developing it in 2006. By 2012, when the tool was made available to other countries, she knew she had to be involved in modifying it for Australian conditions.

“We need a tool like this if we’re going to really push the science of nutrition forward in Australia,” she said.

“Because it takes away the expense involved in interviewing participants and coding data, it means our funding applications for research in the future will be much more competitive. We’ll able to use the best quality method, while actually reducing the cost of the research.

“It has also great potential for multi-centre or multi-site studies because everyone will use the same standardised tool. That makes it valuable for other areas of health research that assess dietary intake,” she added.

ASA24-Australia-2016 is already being used in number of studies across Australia, including IPAN’s “The Picture Project”.

An online survey of 10,000 Australians aged 18-30 that will be conducted in 2017/18 and repeated in 2019/20, The Picture Project will examine the eating behaviour, physical activity, sedentary behaviour and health of young adults and track changes occurring over time.

“This is a project, in terms of the population scale and the amount of data collected, that would have been much harder without ASA24-Australia-2016,” Associate Professor McNaughton said.

“We’re hoping to get thousands of people involved in the research and that wouldn’t be possible without this online tool.

“I’m excited that a tool like this is now available to Australian researchers because it opens up so many different possibilities for our research.” 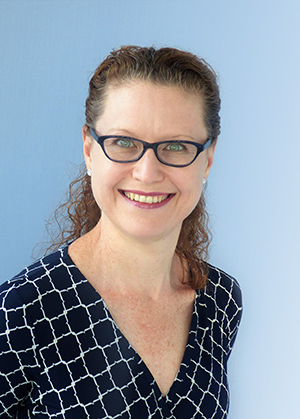 IPAN's Dr Karen Lamb will join a national program promoting the achievements of women in science and technology.

Exercise good for the spine

A world-first study has shown that specific physical activity benefits the discs in our spines and may help to prevent and manage spinal pain.

Tipping the scales in favour of action on obesity