Time is running out to save the planet, scientists warn

15,000 scientists from around the world have co-signed an article highlighting the urgent actions that must be taken to avoid irreversible harm to the Earth.

In 1992, more than 1500 concerned scientists, including a majority of the world’s living Nobel Laureates, united to sign the World Scientists’ Warning to Humanity, urging the world’s leaders to “take immediate action to stop the ever-increasing environmental degradation that threatens global life support systems on this planet.”

Now, 25 years later, scientists have taken grassroots action, creating a scorecard which shows that of nine areas highlighted in the original warning, only one has improved: our ozone.

The article, “World Scientists’ Warning to Humanity: A Second Notice”, published today in “BioScience”, has been co-signed by more than 15,000 scientists in 184 countries.

“It’s an overwhelming response we didn’t quite expect,” said Dr Newsome, who issued a number of Tweets to garner interest via his handle @NewsomeTM, using the hashtag #ScientistsWarningtoHumanity.

“People just started sharing the letter; it was added to a few email lists and things just took off from there,” he said.

“In this paper we look back on these trends and evaluate the subsequent human response by exploring the available data from government agencies, not for profit organisations and individual researchers,” Dr Newsome said.

Among the negative 25-year global trends noted in “The Second Notice” are:

Regarding Australia, Dr Newsome said habitat loss was the number one threat. In 2017, we ranked number two in the world for global biodiversity loss, behind Indonesia.

“There have been recent reports on an alarming rise in tree clearance in Queensland - about 400,000 hectares per year. That’s the equivalent of 400,000 football fields, which puts us in line with Brazil,” Dr Newsome said.

“All the while, we have very low public spending, for example, on threatened species – around $70 million each year, or less than one hundredth of a per cent of the Federal Government’s annual revenue of $416.9 billion. We spend more each year on rehabilitating mine sites.”

The article states there is still time to make a difference, noting that progress in some areas – such as a reduction in ozone-depleting chemicals and an increase in energy generated from renewable sources – shows that positive changes can be made.

However, the authors highlight areas that still need improvement, including promoting dietary shifts away from meat, encouraging the adoption of renewable energy and limiting human population growth.

The article is continuing to collect signatures and scientists can still endorse the warning by visiting http://scientistswarning.forestry.oregonstate.edu/

Co-authors of the article include William Ripple and Christopher Wolf at Oregon State University and Eileen Crist of Virginia Tech in the United States; Mauro Galleti of the Universidade Estadual Paulista in Brazil; Thomas Newsome of Deakin University and The University of Sydney and William Laurence of James Cook University in Australia; Mohammad Alongir of the University of Chittagong in Bangladesh; and Mahmoud Mahmoud of the National Oil Spill Detection and Response Agency in Nigeria. 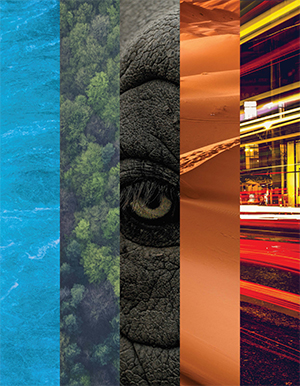 Scientists have issued a sobering warning highlighting the urgent actions that must be taken to avoid irreversible harm to the planet.