A GCEID team has discovered coronaviruses in Australia’s wild birds, showing the nation is not as isolated from potentially serious host-jumping virus outbreaks as previously thought.

A team of researchers, led by the Geelong Centre for Emerging Infectious Diseases (GCEID), has discovered that two different types of coronaviruses are present in Australian wild birds. The discovery marks an important step in building scientists’ understanding of this family of viruses, which have a history of being able to jump into new host species and cause disease.

The study is the first to demonstrate the presence of coronaviruses in Australian wild birds, and was published in “Nature: Scientific Reports” on Friday 13 April.

“The incidence of virus host-jumping is increasing around the world, due to changing agricultural practices and increased livestock and poultry transport, bringing wildlife, farm animals and people into closer contact,” said GCEID Director Professor Soren Alexandersen.

GCEID is a collaboration of Deakin University, Barwon Health/University Hospital Geelong and CSIRO’s Australian Animal Health Laboratory (AAHL). It is a world-leading, multidisciplinary “One Health” research, education and training centre that focuses on emerging infectious diseases.

Professor Alexandersen explained that coronaviruses are of particular interest to virologists. While most cause mild to moderate infections in the nose or upper throat, some types are severe, such as SARS and MERS (Middle East respiratory syndrome), which resulted from the spill-over of coronaviruses from bats to other mammals and into humans.

Coronaviruses are found in most parts of the world and different strains/types infect people and many different kinds of animals. They are highly variable, evolve rapidly and are often able to adapt to new hosts. Although vaccines are available for a few coronaviruses, no vaccines are currently available for most types, including viruses such as those described here in wild birds.

Coronaviruses are part of a large family of viruses, consisting of four groups: alpha and beta (both originating from bats), and gamma and delta (both originating from birds). Professor Alexandersen and his team are focusing on gamma and delta coronaviruses, which are less well understood by scientists and for which no data was available for Australian wild birds, including those that migrate over long distances and thus potentially may bring viruses from afar into Australia.

Dr Anthony Chamings from GCEID explained that the GCEID study detected coronaviruses in 141 samples (15.3%) from species of ducks, shorebirds and herons, and from multiple sampling locations and that “we hypothesise that migratory shorebirds are the important vector for moving wild bird coronaviruses into and out of Australia”.

“The fact that gamma coronaviruses exist in Australian wild birds was not a surprise, as they have been found in wild birds in many countries. It was more concerning that we also found delta coronaviruses,” said Professor Alexandersen.

He explained that delta coronaviruses were only discovered around six to ten years ago, but have since been found to have jumped into pig populations, with an outbreak in North America about four years ago that, together with another well-known pig coronavirus, killed thousands of piglets. However, while gamma coronaviruses seem to stay in bird populations, it is possible that more delta coronavirus strains from birds could affect mammals.

“As a delta coronavirus from birds has adapted to and caused disease in pigs elsewhere, it is not unlikely that it may eventually adapt to infect humans,” he said.

“This research shows that Australia is not as isolated as we hoped it would be. Being prepared for an outbreak affecting livestock or humans requires two research steps. First, we needed to know if the coronaviruses were there in Australian birds, which this study has shown.

“The second will be to build our understanding through sequencing more of the delta coronavirus genomes and testing more bird species to see if they also carry these viruses. By looking at the common viruses in wild birds, which can more easily transfer across species, we can understand the coronaviruses more fully, including how easily they evolve and whether they are likely to jump into other species.”

The research was undertaken in collaboration with Deakin’s Centre for Integrative Ecology, the WHO Collaborating Centre for Reference and Research on Influenza at the Peter Doherty Institute for Infection and Immunity, and Barwon Health/University Hospital Geelong. 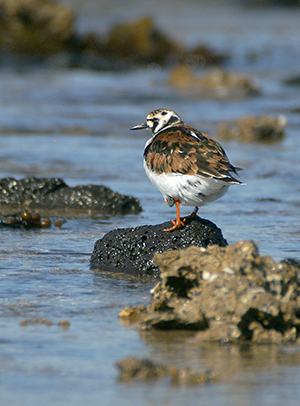 Geelong's One Health talents on display

Discovering and preventing infectious diseases in people, animals and the environment is a global priority. Now, Geelong locals have a chance to see for themselves the impressive work in this field that takes place every day in our own backyard.