A world-first comparative study of academic governance at Australian, English and American universities has argued that the voices of practising academics are being lost in the decision-making process.

The research by Dr Julie Rowlands, Senior Lecturer in Education at Deakin University, is outlined in her new book, “Academic Governance in the Contemporary University: Perspectives from Anglophone Nations.”

In completing her study, Dr Rowlands examined publicly available data collected from 93 public universities – 29 in the US, 27 in England and 37 in Australia – as well as case study data from two American universities and three Australian universities. Forty-six interviews were also conducted (15 in the US and 31 in Australia).

Dr Rowlands noted that focus in university governance has increasingly centred on structure, policy and procedures, but research shows that two of the most important factors for success, trust and relationships, have tended to be neglected.

“Since the 1980s, universities have changed a great deal and the demands on management are enormous and unrelenting,” she said.

Her data shows that fewer academics are actively contributing to decision making processes around teaching and research, particularly in Australia and England.

“This diminution of academic voice can be seen in five general areas,” she said.

“Firstly, there has been a decrease in the number and size of academic governance bodies, such as faculty boards and academic boards, and a substantial reduction within some universities in the proportion of board members who are grass roots practising academics.

“For example, in Australia, 46 per cent of academic board members are not practising teachers or researchers and in the UK, this figure is 50 per cent.

“Secondly, contemporary universities have been ‘executivised,’ with many senior academic roles being expanded to new managerial positions such as pro and deputy vice-chancellors, where they tend to adapt to their new role by taking on a ‘managerial habitus’.

“Thirdly, administrative processes intended to standardise and control outputs have had a big impact on curriculum, pedagogy and research practice. This, in turn, has the potential to limit and define what can be taught and researched.

“Fourth, many traditional academic governance forums and processes are dominated by executives. This can result in reduced capacity for practising academics to speak and be heard at times when key decisions are being made around academic matters that will directly affect them and their students.

“Finally, the prevalence of executives on academic boards has arguably seen a reduction in academic engagement and fewer opportunities for developing an entrepreneurial culture within universities.”

Dr Rowlands said that the topic of academic governance was often misunderstood and rarely discussed from an international perspective.

“Academic governance is all about how universities make decisions about teaching and research, the principal activities of any university,” she said.

“Importantly, historic changes in academic governance can be seen as a reliable indicator of broader shifts in higher education in a range of areas.

“The special nature of universities’ academic work means that some of the governance processes and practices that have evolved within them are unique. The existence of an academic board or equivalent, in the form of a committee structure specifically responsible for academic governance, is one of the distinguishing characteristics of universities.” 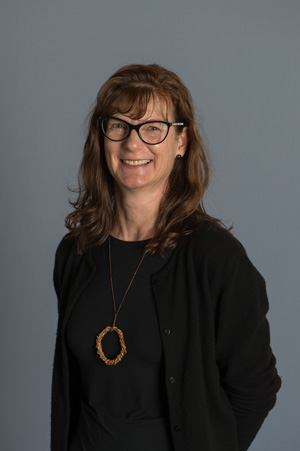 “Since the 1980s, universities have changed a great deal and the demands on management are enormous and unrelenting,”

Graphics - key to science and maths success in schools

Developing diagrams and visual representations can lead to huge improvements in student performance and engagement in STEM subjects.

Online learning methods, influence of teacher expertise and participation levels in Higher Education will be explored through Deakin-led research projects funded by the Australian Research Council.