A new company spun out of Deakin and The Florey Institute of Neuroscience and Mental Health will explore the potential of promising new autism treatments.

Autism Spectrum Disorder (ASD) is one of the most significant neurological conditions affecting children and their families, with approximately one in 100 people diagnosed with the disorder.

While ASD is not well served by currently available medications, a new start-up company is developing novel medicines for the condition, based on innovative research from Deakin University and The Florey Institute.

Athena Director and Deputy Director of the Florey Institute, Dr Henry de Aizpurua explained that the tendency to develop ASD may start during the brain’s development, when neural connectivity can be affected by subtle changes in brain biochemistry.

“Even subtle changes in neural anatomy can affect the way children interact and respond to people and their environment.

“Our aim is to restore the biochemical balance to benefit young children and to increase the proven benefits of early intervention programs,” he said.

Athena has secured up to $4.2 million in venture capital funding from the Medical Research Commercialisation Fund (MRCF), managed by Brandon Capital Partners.

“The MRCF investment will allow us to explore the potential of our early-stage discoveries as new medicines for ASD, which affects millions of people worldwide,” said Dr Cheung, a biomedical researcher with Deakin’s Centre for Molecular and Medical Research (MMR).

Athena’s CEO, Dr Christopher Wraight is an experienced leader in early stage pharmaceutical development and commercialisation, having successfully shepherded multiple drug development programs across the “Valley of Death” from laboratory research to clinical proof of concept in ASX-listed and privately funded companies.

The establishment of Athena builds on Deakin’s reputation for the development of novel and effective therapeutic treatments for autism.

These include the ground-breaking TOBY Playpad, an iPad app that enables parents to provide early intervention therapy for their children, developed by Deakin’s Professor Svetha Venkatesha and her team in collaboration with Autism West Support Inc. 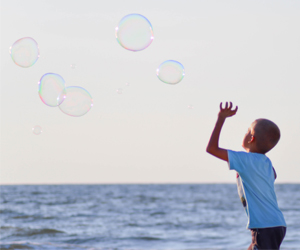 "Our aim is to restore the biochemical balance to benefit young children and to increase the proven benefits of early intervention programs."