A new clinical trial is investigating the potential of mangosteens to reduce schizophrenia symptoms.

It is a delicious tropical fruit, but the mangosteen may have an additional benefit – reducing the symptoms of schizophrenia.

A new clinical trial in Geelong is investigating the effects that mangosteen extract may have on schizophrenia symptoms.

Deakin University’s Centre for Innovation in Mental and Physical Health and Clinical Treatment (IMPACT), in collaboration with the University of Queensland and Barwon Health, is participating in a ground-breaking trial to investigate the effectiveness of an extract from mangosteen rind as an add-on to existing schizophrenia treatments.

Mangosteens are an evergreen fruit from Indonesia with a thick, dark rind, or pericarp. Previous research indicates that potent antioxidants, called xanthones, in the pericarp might provide a safe and effective treatment for schizophrenia with low side effects.

Existing antipsychotic medications are known to have severe side effects, including weight gain, which puts schizophrenia patients at risk of other chronic illnesses, such as diabetes and heart problems, and reducing quality of life.

“Mental illness affects one in five individuals and there is a great need to provide better treatments for people who experience it,” said Dr Olivia Dean, Director of IMPACT’s Clinical Trial Division.

Research suggests that symptoms of schizophrenia may be partially caused by increased levels of inflammation and oxidative stress (an imbalance in the levels of antioxidants) in the brain.

Dr Dean said evidence indicated that the xanthones in the mangosteen pericarp may be beneficial in reducing oxidative stress, which may in turn reduce the symptoms experienced by those with schizophrenia.

“Based on the understanding of the biology of schizophrenia, researchers believe that the pericarp treatment may assist in filling the gap between conventional medications and full, functional recovery for people,” she said.

The trial hopes to recruit 150 people with schizophrenia over the next two years in Geelong and Brisbane.

Participants will be asked to take two capsules a day, in addition to anything they would usually take, for 24 weeks.  During that time, each person will attend several interviews to monitor their symptoms and assess whether the pericarp treatment results in improvement.

“This unique trial may help determine whether this simple supplement can have a positive effect on the symptoms of schizophrenia and its associated disorders, such as schizoaffective disorder,” said Professor Michael Berk, psychiatrist and Director of IMPACT.

IMPACT is currently recruiting for the study. To be eligible, participants must have a diagnosis of schizophrenia or schizoaffective disorder, experience symptoms, be 18 years or older and able to attend appointments in Geelong. 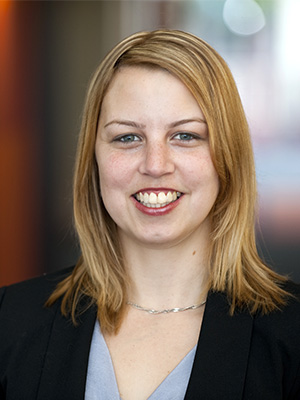 Researchers in the IMPACT SRC have received a raft of awards in recent months.

A world-first clinical trial has taken a new approach to treating bipolar.