HIV continues to be a major global public health issue. In 2015, an estimated 36.7 million people were living with HIV, and in the same year 1.1 million people died of AIDS-related illnesses.

“The development of effective and affordable new antivirals is critical in helping millions of HIV-infected people in these regions.”

Prof Mak explained that the exact way the virus formed had eluded scientists for the past 30 years, with current antivirals created from only a partial understanding of how the pieces joined together.

“Creating a virus is like building something from lots of identical LEGO blocks; it requires joining a large number of identical pieces to make something bigger, in this case an infectious particle,” Professor Mak explained.

“In the case of HIV, these individual blocks are a protein known as Pr55Gag.

“But through this work we have been able to develop the protein in full for the first time.”

Professor Mak hoped his team’s work would go on to inform the development of new drugs that work by interfering with the formation of infectious virus particles – essentially blocking HIV from taking a hold on patients.

The researchers can now ensure the drugs are effectively targeting the pieces they have analysed.

Their findings were recently published in PLoS Pathogens, with a paper titled, ‘The thermodynamics of Pr55Gag-RNA interaction regulate the assembly of HIV’.

“At the moment these drugs are still in the trial stage, and the refinement of this class of drugs has been limited by the biochemical and biophysical information available in this area, making it very hard to improve them,” Dr Tanwar said.

“With the system that we have developed, we are in a strong position to understand how the virus forms, and to gain critical insights to improve and refine this class of drugs, potentially making them work a lot better.”

The team’s research was supported by CSIRO Manufacturing. 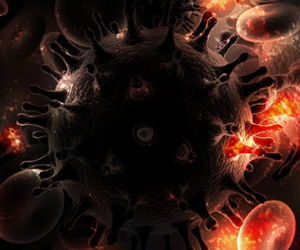 Is the secret to beating flu fast inside ourselves?

New Deakin research has found our bodies could naturally hold the key to a speedy recovery from flu.