Most Australians are unaware that we have one scientist in particular to thank for some of our most important nutritional knowledge – especially the importance of eating seafood, particularly oily fish, like sardines and salmon – for maintaining good health.

Deakin’s Emeritus Professor Andrew Sinclair, who retired as Professor of Nutrition Science in 2014, has helped to shape nutrition science around the world for the past 46 years. Beginning with his pioneering and ground-breaking studies on essential fatty acids in the early ‘70s, through to his research into omega 3 fatty acids, Prof Sinclair has led the way in scientific understanding of the nutritional benefits of oils and fats.

In the latest in a string of professional awards, he has received the highly prestigious “Scientific Excellence in Lipid Research” Award from the Australasian section of the American Oil Chemists’ Society (AAOCS).

The award acknowledges Professor Sinclair as one of Australia’s leading nutritionists, who has devoted much of his career to the study of the role of lipids and fatty acids in human health, functional foods, saturated and trans fatty acids and long chain omega 3 fatty acids.

He will deliver the AAOCS award lecture at Geelong’s Waterfront Kitchen on September 9, to mark the launch of the AAOCS’s biannual conference at the Pier. The lecture will align with the conference theme of “looking back, thinking forward”.

According to Deakin nutritionist, Associate Professor Giovanni Turchini, Professor Sinclair continues to make a unique contribution to his profession, acting as a proactive mentor for a number of staff across the schools of Medicine, Exercise and Nutrition, and Life and Environmental Sciences.

“Professor Sinclair still invests a lot of time, energy and passion supporting young early career researchers, other academic staff at Deakin, and lipid researchers around the world, particularly through suggesting how to think outside the box, taking a big picture approach to science, refining their scientific approaches, and suggesting new ways to think about accessing funding resources and career development,” said Associate Prof Turchini.

Tickets to AAOCS lecture are available for non-registrants ($50 to cover catering). 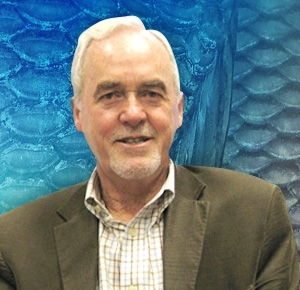 Emeritus Professor Andrew Sinclair has devoted a lifetime to studying oils and fats.

Taking the battle to save seagrass online

A group of marine scientists has launched a new website to help save declining Australian and New Zealand seagrasses.