An initiative of the Victorian State Government, the Honour Roll acknowledges and celebrates the outstanding achievements of women in Victoria and recognises their dedication as leaders, innovators and mentors.

Professor Venkatesh joined more than 600 other Victorian women inducted since the Honour Roll began in 2001.

‘Professor Venkatesh is recognised as one of Australia’s leading experts in pattern analysis for accelerating scientific innovation. Deakin is proud of the leadership role she plays for women and all researchers in the field of computing and pattern recognition, here in Australia and internationally,’ Deakin’s Vice-Chancellor Professor Jane den Hollander AO said.

Professor Venkatesh’s ground-breaking work in pattern recognition and big and lean data has led to two start-up companies, including the award-winning iCetana, which uses video analytics to detect potential security threats in large data sets and is now deployed with customers in the Middle-East, Europe, the Americas, South East Asia and Australia.

Other achievements include a health analytics program to help doctors predict suicide risk in patients. Professor Venkatesh also played a key role in PRaDA’s development of the TOBY Playpad app, which is providing therapy for children with autism around the world.

She was elected a Fellow of the International Association of Pattern Recognition in 2004 for contributions to formulation and extraction of semantics in multimedia data, and a Fellow of the Australian Academy of Technological Sciences and Engineering in 2006. In 2017, she became only the third Deakin researcher to be awarded a Laureate Fellowship. 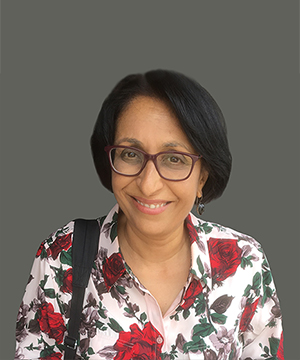